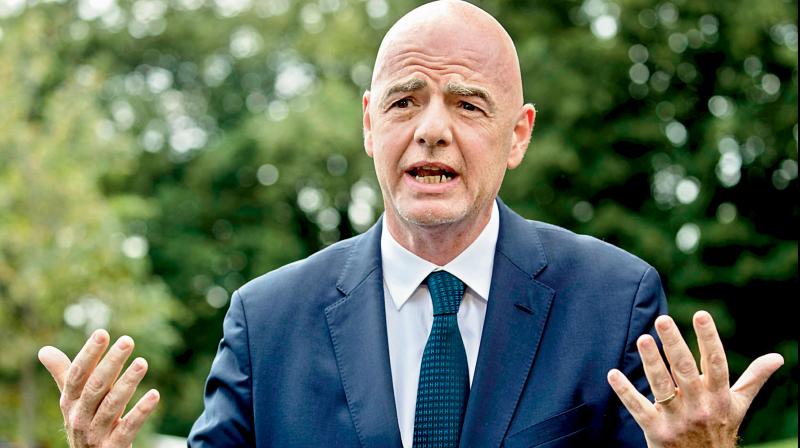 Lausanne: FIFA on Monday urged clubs and players to reach an agreement on wage reductions to protect clubs suffering financial damage due to the coronavirus crisis, sources said.

The call from world football's governing body comes as Premier League clubs are locked in talks with players and their representatives about taking pay cuts after government ministers called on players to "play their part".

Italian top-flight football clubs on Monday agreed to cut the salaries of players, coaches and staff. Clubs in other countries, including Barcelona, have also cut player wages.

FIFA is also recommending that players' contracts be extended until the end of the interrupted football seasons and that the transfer window does not open until that time.

The source said the health crisis had had "a major impact" on clubs' revenues and that, like other sectors of the economy, football had to find "fair and equitable solutions" to protect jobs.

Therefore, FIFA "strongly encourages clubs and players to work together" to find agreements on a range of issues, including salaries.

Given that the European seasons are suspended and there is no fixed date to resume at the current time, the source said FIFA proposes that contracts should be extended "until such time that the season does actually end".