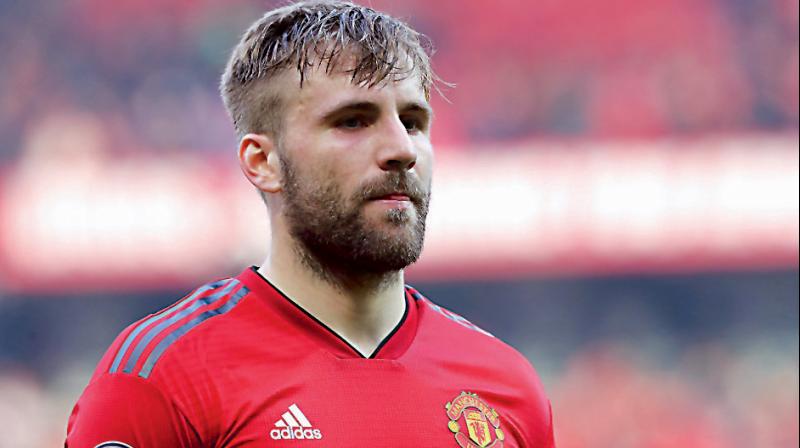 London: The 2019-20 Premier League season must be scrapped and declared null and void if it cannot be restarted due to the coronavirus pandemic, Manchester United defender Luke Shaw has said.

The Premier League confirmed last week that the season, originally suspended until April 30, will not resume at the beginning of May and will only return when the situation stabilises.

League leaders Liverpool needed six points to seal the title while European spots and relegation candidates were still unclear with nine games to go, raising questions about how they would be decided if the season does not resume.

“Scrap it and start again. Start it again, yeah,” Shaw said during the Combat Corona fundraiser for UNICEF, a FIFA 20 competition that was streamed on Twitch.

Shaw was part of the event — that also had Gareth Bale, Paulo Dybala, Dominic Calvert-Lewin, Jordan Pickford and Ruben Loftus-Cheek — which raised around 17,000 pounds ($20,920) through online donations.

Some Premier League clubs had mulled finishing the season by playing games without spectators in attendance but Shaw said that was not a view he endorsed as fans filling up stadiums was crucial.

“Fans are so important. You realise it even more (now),” Shaw, 24, added. “I think the sport is for fans really... I think if you don’t have fans, and you don’t play in front of fans, it just doesn’t feel right.

“Especially on matchday, the fans are always amazing and always help the team. Whether it’s home or even away, our fans are always brilliant and I feel like they’re always there with us.”

United were three points behind fourth-placed Chelsea before the season was suspended.