There is a vast gulf between the rankings of the two sides but the Englishman didn’t feel it gives them an automatic favourites’ tag. 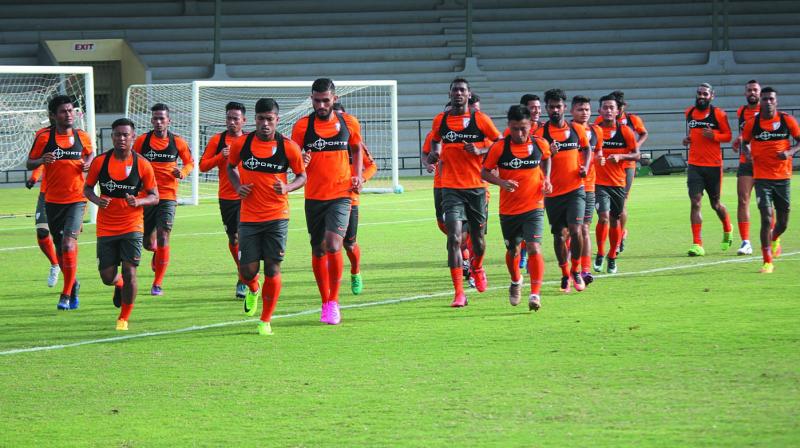 Mumbai: Upbeat India face Nepal in an international friendly game at the Mumbai Football Arena here on Tuesday. Not very long ago, the neighbours shared similar rankings but while India have improved from 173 to 100, Nepal still languish at 169 in the latest Fifa order.

The two teams will use Tuesday’s game as preparation for their respective AFC Asian Cup qualifiers on June 13. India host Kyrgyzstan, while Nepal kick off against Yemen. In their respective first matches, India beat Myanmar 1-0 and Nepal lost 1-4 to the Philippines.

The only concern for India are injuries to Bengaluru FC players C.K. Vineeth and Udanta Singh. Skipper Sunil Chhetri who made a comeback in the AFC Cup game last week will be rested for Tuesday, and goalkeeper Gurpreet Singh Sandhu will lead the Blues out.

“We are being cautious and Chhetri will not play against Nepal. We are trying to protect him as much as we can, he isn’t 22 any more. I would like Sunil to be leading the team in the AFC Asian Cup in 2019, if we qualify.

“The day he hangs up his boots, it will be huge loss for Indian football, but we have to be prepared for it,” India head coach Stephen Constantine said.

India go into the game on the back of six consecutive wins including the unofficial game against Bhutan. They humbled Puerto Rico 4-1 in the last friendly held at the same venue. But Constantine felt every opponent brought in something different.

“There are no easy teams at the international level. Every team throws up different challenges and we expect a tough game from Nepal as always. We hope to get a win and decent performances from some trying to stake a claim to the starting XI against Kyrgyzstan,” Constantine said.

There is a vast gulf between the rankings of the two sides but the Englishman didn’t feel it gives them an automatic favourites’ tag.

“The journey from 173 to 100 has been hard. The Fifa rankings are just one aspect of the game. It is not as if we will now relax. We would like to be pushing to break the 100 barrier and 50 is a logical target. For that you have to be in the Asian Cup finals and qualify for the World Cup,” he said.

Nepal’s Japanese coach Koji Gyotoku admitted it would be difficult against India.  “We are preparing for the Asian Cup qualifier against Yemen next week. This is a very important match. It will be difficult but we want to do our best and get a result to get confidence. India have improved in the last two-three years.”