Uruguay, a nation of just 3.3 million people, are football elite. 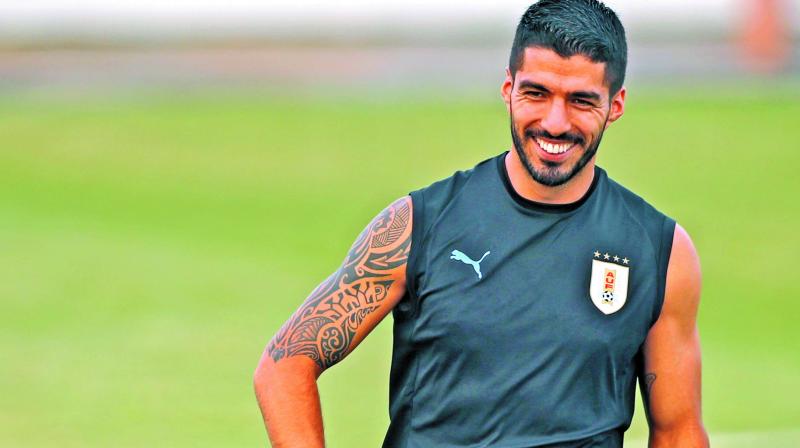 Moscow: Brazil may be the most successful nation in World Cup history with five titles, but their neighbours Uruguay are the most productive in terms of per capita. In addition to winning the World Cup twice (1930 and 1950), the Uruguayans have also reached the semi-finals three times (1954, 1970 and 2010).

While Brazil have 200 million inhabitants, Uruguay’s population is 3.3 million. France, Uruguay’s opponents in the last 16 on Friday, are almost 20 times as populous. Population does not indeed translate to success on the football fields as the absence of China and India in Russia attests but the Uruguay story is compelling because the business end of the World Cup is all about big nations such as Argentina, Brazil, France, England, Italy, Germany and Spain.

Uruguay are the smallest country to have lifted the World Cup. Their success in football is not a recent phenomenon. La Celeste not only won the oldest international competition, the Copa America in its inaugural edition in 1916; they are also the most successful team in the event’s history ahead of Argentina and Brazil with 15 titles. When Uruguay staged the first Fifa World Cup in 1930, they were the two-time defending Olympic champions.

Uruguay aren’t only the least populous team in the last 16 here; they might also be smartest. Unlike neighbouring Argentina, they always enter the ground with a clear game plan. Add to their football savvy a passion for the game that can give Argentina and Brazil a run for their money, you have a fantastic team. Few sides at the World Cup approach football as spiritedly as Uruguay. Unlike Argentina, again, they were the first nation in South America to select black footballers in the national team, which was critical for a country of Uruguay’s size.

Uruguay put a premium on continuity in coaching as well team selection. Coach Oscar Tabarez, fondly called El Maestro, has been at the helm since 2006. Although the 71-year-old is suffering from a rare degenerative muscular disease that has forced him to use crutches, the national football federation has stuck with him. Russia 2018 is a third World Cup on the trot for Tabarez, who was also at the helm of La Celeste at Italia 90. Uruguay, who believe El Maestro knows how to run the team, have also retained the core of their playing XI from 2010 __ from defender Diego Godin to star forward Luis Suarez.

In Suarez and Edinson Cavani, Uruguay have the most potent strike force in Russia. They have a history of producing top players. French legend Zinedine Zidane has named his eldest son after Enzo Francescoli, a Uruguayan player. Suarez is one of the best scorers of all time, though he, sometimes, bites off more than he can chew.

Uruguayans take pride in the fact that they are aristocrats in world football, though their country has more cattle than people. An Uruguayan fan, who is here for the World Cup from the US, revealed the secret of his nation’s success in the beautiful game. “We are born with football,” he said.