Luis Norton de Matos is hoping for some international action before the start of the tournament. 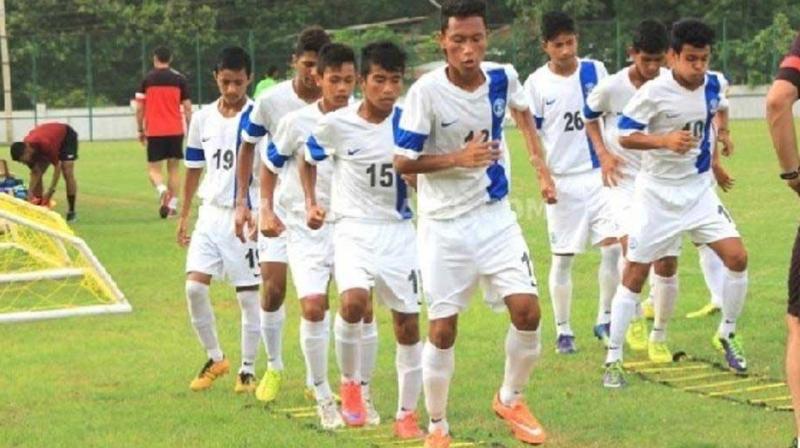 India coach Luis Norton de Matos has set a modest target for his team in the U-17 World Cup, beginning October 6.

Bengaluru: With exactly a month to go before India foray onto the global stage of football, the team are looking to tie up loose ends ahead of their first U-17 World Cup group game against USA on October 6.

The journey has been arduous and riddled with complications like coach Nicolai Adam’s sacking at the start of the year, and the general lack of exposure to quality opposition — the kind they are likely to face 30 days from now.

Portuguese coach Luis Norton de Matos took over the reins back in February and has focused his energies on keeping match preparedness at an acceptable level. The colts have racked up a mixed bag of results over their exposure tours to Europe and Mexico.

“I think the team has made a lot of progress since March. But we know, even though we have worked well, there is a big gap when you compare us with the other teams,” the former SL Benfica B team coach said.

The last tour to Mexico, which ended in August — a four-nation tournament featuring the U-17 sides of the hosts, Colombia and Chile — saw India lose twice but hold the latter side to a 1-1 draw. They did concede seven out of nine goals from set-pieces, an area the head coach has been striving to rectify.

“When you build a team, defending well is all about organisation. I think the team has improved very well in this regard,” the 63-year-old said, highlighting his tactical template for the World Cup.

In the meantime, the colts have been training in Bengaluru for the past three weeks playing against the Indian U-19s and a second-string Bengaluru FC side. de Matos is hoping for some international action before the start of the tournament.

He estimates that teams like Mexico and USA have together played nearly 50 international fixtures over the last two years, and regards that sustained level of competition integral to the squad’s development.

“If you build these teams (U-19s, U-16s, U-17s etc.), in five years, the U-13s are 18-years-old with the same philosophy and the football is a complete revolution. This World Cup is a very important step for the Indian team towards the future,” he added.

Speaking about the team’s chances in a group shared by Ghana, USA and Colombia, de Matos smiled wryly. “I know it’s difficult, but it’s not impossible.  There is a 10-15% chance of us winning, and we’re going to fight for that possibility,” he surmised.