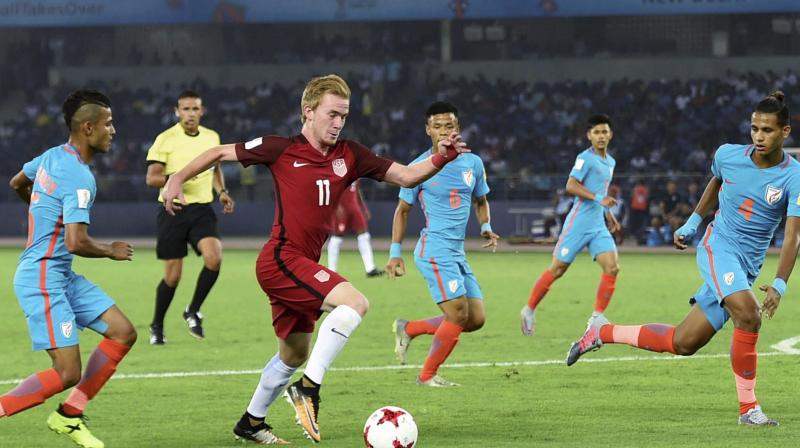 New Delhi: India suffered a humiliating defeat to USA in their first group match of the FIFA U-17 World Cup as a penalty by captain Josh Sargent and later an impressive goal by Chris Durkin took the visitors home, completing a 3-0 win here. IN the first 20 minutes, both the teams got off to a slow starting, with some of the USA players aiming for a shot on target, but failing. But, thanks to a penalty goal by USA’s captain, the visitors got their campaign off to a flying start.

The Indian defence, though seemed to be week, despite managing to stop their opponents from scoring on some instances.

In the second half, it was Chris Durkin’s brace which doubled the lead for the Americans, as they took away their first three points of the tournament. The visitors created more chances in the second half, and could have scored a couple of more goals quite easily, but that did not matter as the scoreline remained 3-0 at full-time.

India will play Colombia in their next group game on October 9, whereas USA face Ghana on the same day.

90': Three minutes to be added as injury time.

84':Goal ! This is going US's way as Andrew Carleton races past Indiuian defenders to make it 3-0.

70': Substitition for India as Abhijit goes off, Rahim replaces him.

66': Substitution for USA as Acosta comes in for Akinola.

61': With less than half an hour to go, USA are still giving it their best, despite taking a 2-0 lead.

28':Jitendra has been penalised for pushing Sergent. Sergent wins penalty.

26': Ferri wins a corner for , but is successfully stopped by Dheeraj.

20': No goals so far, but both the teams have showed some fighting effort.

10': Sargent takes a free-kick for the team, but the Indians successfully defend the shot.

5': The visitors have already started putting pressure on the hosts' goalkeeper Dheeraj, after a couple of missed attempts on goal, including one from 's Sargent.

1': KICK OFF! The match is underway at the Jawaharlal Nehru Stadium. 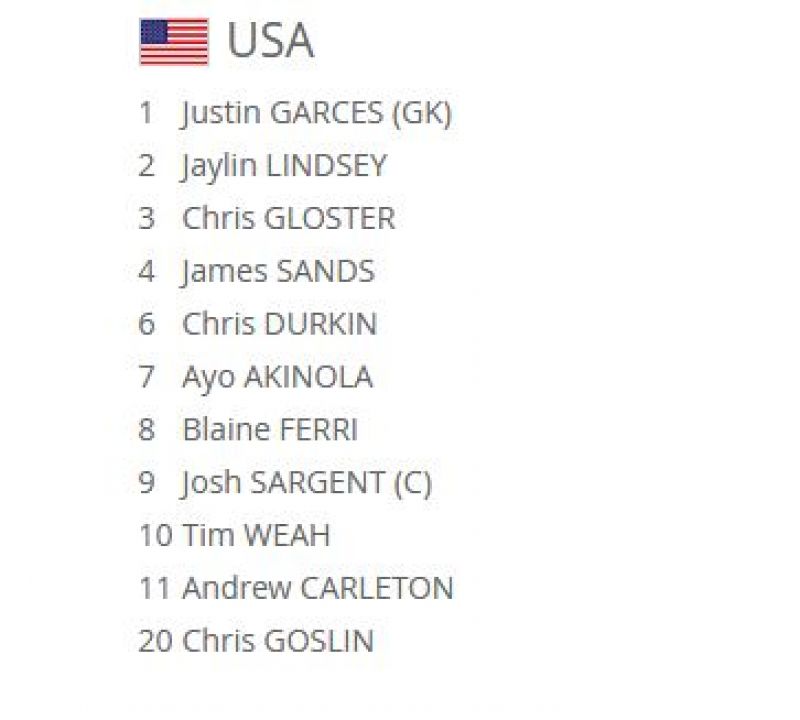