For those who started watching the Premier League at the turn of the century, Arsenal would always be their first love. 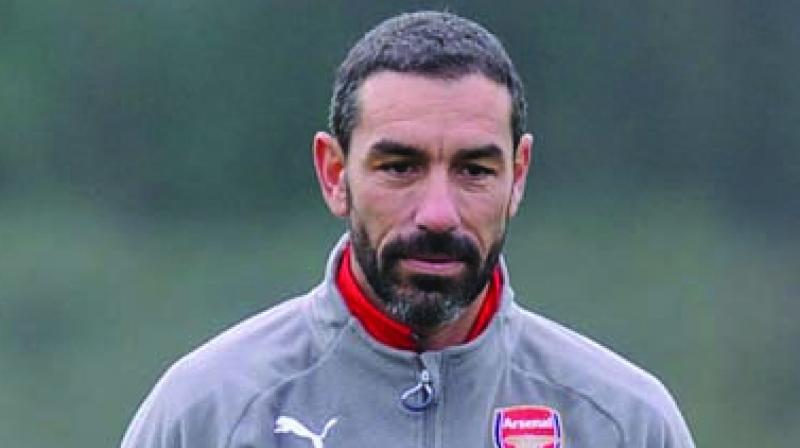 Chennai: For those who started watching the Premier League at the turn of the century, Arsenal would always be their first love. By extension, the likes of Thierry Henry, Dennis Bergkamp and Robert Pires would be their heroes. Such was Arsenal’s brilliance those days that it was impossible to avoid being lured.

Pires may have endeared himself to a legion of fans in India through his sleek performances in England, but the stylish winger is now an ambassador for La Liga. The Spanish league is not new to the Frenchman because he spent four seasons with Villarreal after leaving Arsenal.

Class hasn’t deserted Pires off the field either, as he spoke to this newspaper with sincerity and candour.

Has the departure of Cristiano Ronaldo from Real Madrid to Juventus  robbed La Liga of some sheen? “I would say La Liga is more open now. Don’t forget that Leganes upset Barcelona last week. Sevilla, who defeated Real Madrid in the same round, and Atletico Madrid are in the title race,” Pires said.

Barca and Real may headline La Liga but Pires isn’t a fan of neither. “I love Villarreal. They are closer to my heart than any other club in Spain,” he said. Pires is happy that Santi Cazorla scored his first goal in two years with a last-gasp penalty for Villarreal against Spartak Moscow in the Europa League on Wednesday. Like Pires, Cazorla had also been at Arsenal. “Before his horrific injury, Cazorla was one of the best players in the world. I’m so glad for him. I watched the match in Moscow,” he said.

Atletico not only have one of the most coveted managers in the world, they also have top-class players such as Antoine Griezmann, Diego Costa, Diego Godin and Koke. Does Pires expect them to challenge Barca-Real duopoly in La Liga? “Atletico certainly have the potential to win the title. Diego Simeone is a great manager,” he said.

Spain went out of the 2018 World Cup with a whimper but Pires believes the proud football nation’s recovery has already started with the appointment of Luis Enrique as manager. “I have no doubt that Spain will do well in Euro 2020. Spain still have great players. Ramos is on top of his game. I believe Isco is a maestro,” he added.

Kylian Mbappe took the World Cup in Russia by storm and Pires said that his compatriot has the potential to become a colossal player like Ronaldo and Lionel Messi. “At the same time, I believe emulating the duo wouldn’t be easy because they have set such a high standard,” he added.

Would an interview with Pires be complete without a question on Arsenal? The Frenchman said Arsenal fans should be patient with coach Unai Emery. “He is a good manager, as his record with Sevilla and PSG would attest. He has instilled discipline in the team. Arsenal are playing well,” he added.

Pires experienced the Indian Super League as an FC Goa player in the inaugural edition and his fans serenaded him after an away match in Chennai. He acknowledged the fans by spending some time with them. “I was surprised by their love. I never imagined that I would be so popular in India,” he said.