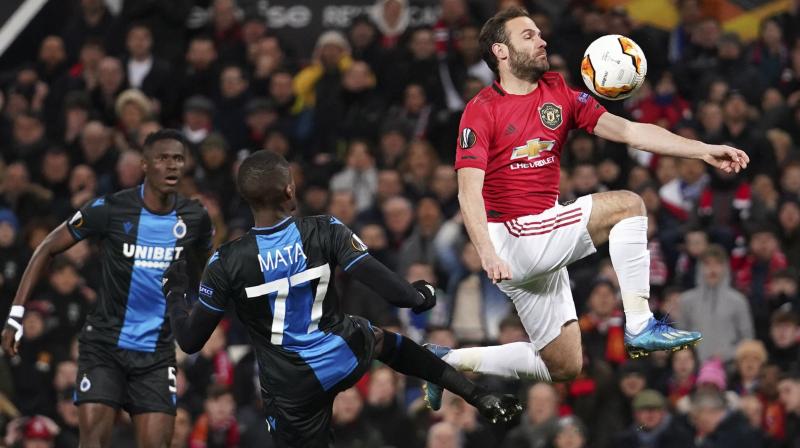 Manchester United's Juan Mata (R) controls the ball ahead of Brugge's Clinton Mata during the round of 32 second leg Europa League match at Old Trafford in Manchester, England, on Feb. 27, 2020. AP Photo

"The best one has to be the World Cup that we won in 2010 with Spain," the club's official website quoted Mata as saying.

In the final of the tournament, Spain registered a 1-0 win over the Netherlands. Andres Iniesta netted the only goal scored in the match to hand Spain a victory.

The goal was scored in the 116th minute of the game.

Mata said the whole team was checking the time and when the referee blew at the end of the game, there was an 'explosion of happiness'.

"That final when Andres Iniesta scored the goal we were all checking the time, checking the referee, checking whether he was offside or not and then when the referee blew at the end of the game it was an explosion of happiness and energy and we had made history then, because Spain didn't win a World Cup before that time, so I think that is what every player dreams about, winning a World Cup for the first time with your country, and so that was the highest probably. Of course the Champions League, the Europa League [too] and I have been lucky enough, but the World Cup stands out," he said.