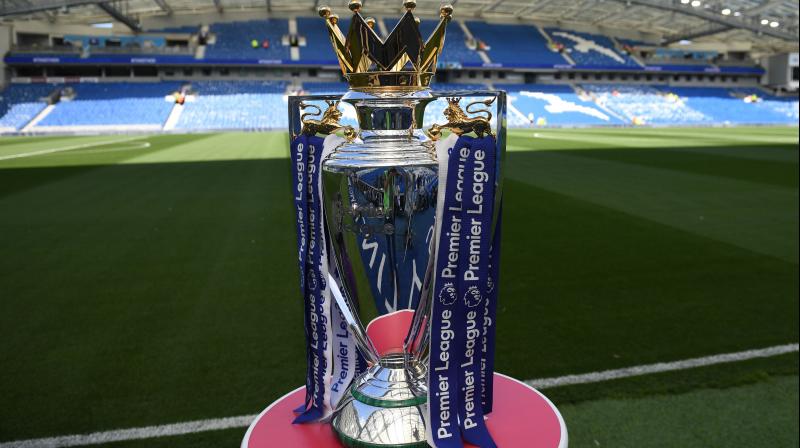 London: The head of the union representing Premier League players says they have "agreed to play their part" during the coronavirus pandemic as pressure mounts to find a collective pay deal.

England's top-flight stars have come under fire over their lack of action, which contrasts sharply with significant pay cuts taken by players at other leading European clubs such as Barcelona and Juventus.

The Premier League has urged players to accept wage cuts of 30 percent but ongoing talks have hit a stumbling block, with the Professional Footballers' Association (PFA) warning that Britain's National Health Service could suffer from the loss of tax receipts as a result of players taking pay cuts.

FIFA has urged players and clubs to reach agreement over wage reductions and players are reportedly set to start negotiations on a club-by-club basis.

British Health Secretary Matt Hancock was among senior politicians calling for players to take a cut and "play their part", a call that sparked off angry reactions from players.

PFA chief executive Gordon Taylor told BBC radio on Tuesday that the players had "all agreed to play their part", adding they were "responsible enough" to know wages were a factor in any club's expenditure.

"We've been consistent with what we've said from the beginning and the fact is the players feel quite aggrieved that the Secretary of State for Health should put them in a corner without looking," he said.

"They're not self-employed, they make massive contributions to the Treasury and they've also quite logically felt that if they don't get that money, if a third is deferred or a third is cut, then the Treasury is 200 million pound ($246 million) a year worse off and that could be going towards the National Health (Service) and will be needed."

Taylor, 75, is reportedly not taking a cut to his own 2 million pounds annual salary. "The PFA will make donations and the PFA is involved in the players' charity," Taylor told the Guardian when asked directly if he would accept a reduction in salary.

Tottenham have come under pressure from fans to follow Liverpool in reversing their decision to use public money to pay employees.

Liverpool, the European champions and the world's seventh richest club, ditched their controversial plan to furlough some of their non-playing staff during the coronavirus on Monday after coming under intense pressure from former players and fans.

The Tottenham Hotspur Supporters' Trust once again urged the club to follow suit and overturn the decision to furlough some non-playing staff.

A brief statement on Twitter read: "We have been saying consistently @SpursOfficial -- pause and rethink. We are now saying it clearly and in public -- do not further damage the Club's reputation, listen to your fans."

Newcastle, Norwich and Bournemouth are the other Premier League clubs to announce plans to use the government's furlough scheme and they were joined by Scottish club Rangers on Monday.

The Ibrox first-team squad along with manager Steven Gerrard, his coaching staff and the club's executives have also agreed to accept wage deferrals for three months to ensure non-football staff receive their incomes in full.