Salah sustained a concussion during Liverpool's Premier League clash with Newcastle on Sunday. 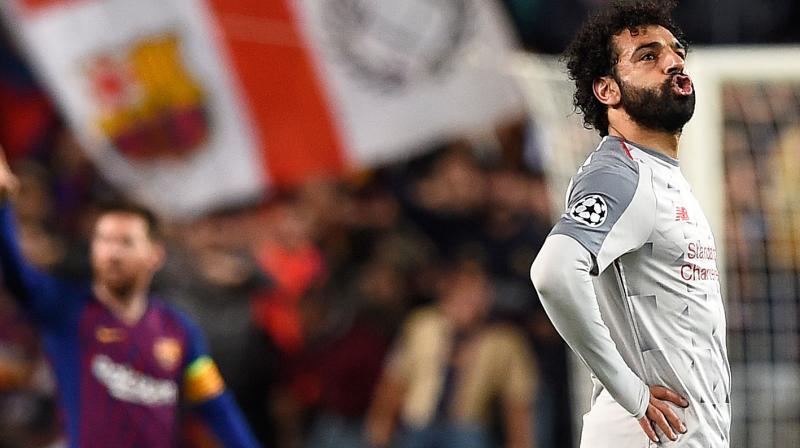 Liverpool faced a humiliating 3-0 defeat from Barcelona in the first leg of semi-finals. (Photo: AFP)

Leeds: Liverpool manager Jurgen Klopp has confirmed that Mohamed Salah will not feature in their much-anticipated match with Barcelona in the Champions League's second leg of semi-finals.

Salah sustained a concussion during Liverpool's Premier League clash with Newcastle on Sunday.

"Salah cannot play (on May 8). He is better in his recovery, but he cannot play," Goal quoted Klopp, as saying.

"Precaution? No, it's a concussion, which means he is not allowed to play. He feels OK, but it is not good enough from a medical point of view," he said.

Liverpool faced a humiliating 3-0 defeat from Barcelona in the first leg of semi-finals. Luis Suarez scored the opening goal of the match but aggrandizing Barcelona, Messi netted second-half double which took the match from Liverpool's hands.

Klopp said that they will not only have to score against Barcelona but will have to restrict Barcelona from scoring.

"I'd imagine this place will be rocking. We not only have to score, but we also have to deny Barcelona from scoring. We know how big the challenge is. We will try 100 per cent," Klopp said.