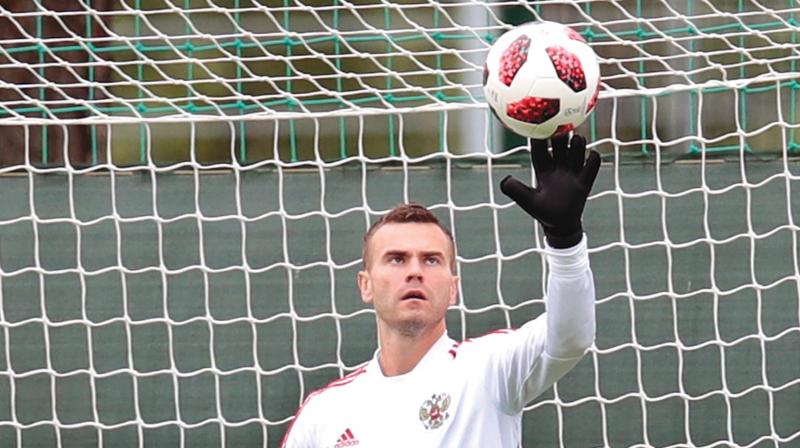 Nizhny Novgorod: Two teams that had survived a shootout in the round of 16 will face each other at Sochi’s Fisht Stadium on Saturday for a place in the semi-finals of the World Cup. Russia will be hoping to ride on the wave of home support by the Black Sea to continue their unexpected journey.

Croatia have the pedigree while Russia can count on the vocal cords of their fans. The hosts wouldn’t mind another all-out defence as they seek to match the USSR’s record of qualifying for the semi-finals in 1966. As an independent nation, Russia had never gone past the first round.

Neutral fans would be hoping for a solution in open play because the shootout could be cruel on the better team of the day. Spain played into the hands of Russia the other day with their mind-numbing passing and Croatia are a more potent team with a Plan B and C if their preferred route turns out to be bumpy.

Some adventurous fans might also be rooting for a shootout because both teams boast of goalkeepers who are proven masters at stopping penalties. One must admit that Igor Akinfeev vs Danijel Subasic looks appetising indeed. Purists may scoff at penalties but their ability to provide drama is unmatched.

Blessed with Luka Modric and Ivan Rakitic, one of the best midfield pairs in the tournament, Croatia would fancy their chances. The aerial threat of Mario Mandzukic could be handy for them if they fail to break through the middle.

A loss will not affect Russia a great deal because they have already defied odds by reaching the quarters. But Croatia have a golden chance to play their first final as they are in a decidedly weaker half, with either England or Sweden awaiting them in the semis should they quell the home challenge.

The towering Artem Dzyuba has been vital to the hosts. His ability to hold up play has been exceptional. Dzyuba, who has three goals including a sublime strike against Egypt, has all the tools to make an impact as the lone forward. He also appears to be the hungriest in the team.

Croatia coach Zlatko Dalic is under no illusion about the allegiance of the Fisht Stadium on what is expected to be a feverish night but he also knows that his players will give their all for their nation. Football gave Croatia an identity after they finished third in the 1998 World Cup as a new-born nation. With a yellow card each as many as eight Croatia players face the threat of missing the semi-final and the hosts have five in the book of the referee. Over to Sochi.