Tite gave short shrift to journalists asking about his future ahead of Sunday's final. 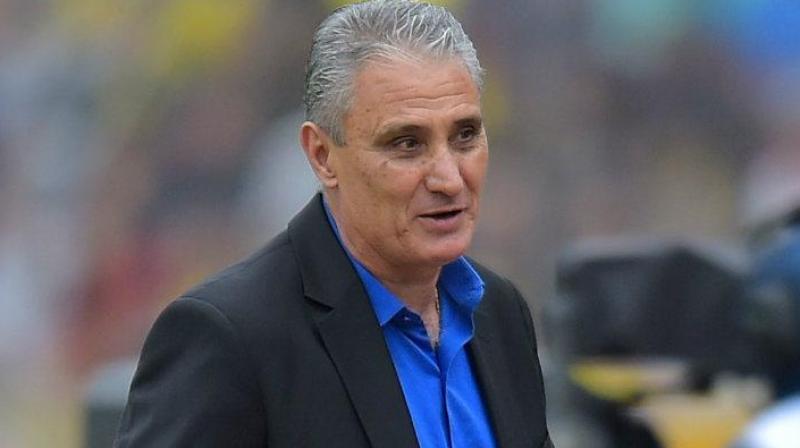 "My contract is until 2022 and I'll be faithful to it," said Tite on Saturday. (Photo AFP)

Rio de Janeiro: Brazil coach Tite has vowed to respect his contract regardless of the outcome of the Copa America final against Peru, amidst rumors he's set to quit.

Tite gave short shrift to journalists asking about his future ahead of Sunday's final in which Brazil are aiming for a first major tournament victory in 12 years.

His assertion came after press reports claimed that he was angry a number of his backroom staff either have left or will be leaving after the Copa.

And he hit out at those spreading false rumors.

"I don't believe criticism means you're against someone, criticism is having a different opinion," he said.

Despite a coaching career that has lasted almost 30 years, Tite said he's still learning every day.

"It's a constant apprenticeship in dealings with you journalists, when we exchange information and ideas with (his assistant) Cleber (Xavier), when interacting with the players," he said.

"I do have several flaws but the will to learn and observe is a virtue I have."

Tite said leading the team out in a major final at the iconic Maracana stadium in Rio de Janeiro would be an unforgettable occasion.

"When I was a player I really became a player when I played at the Maracana.

"Now I'm a coach I'll be coaching at the temple of world football. I won't feel it as much as when I was a player but it will be hugely emotional, although nothing compares to the World Cup.

"The Copa America is big but it doesn't compare to the World Cup." Even veteran captain Dani Alves, widely regarded as the player with the most major trophies in world football, admitted he's excited by the occasion.

Whilst he's won the Copa before in 2007 with Brazil, he said that having the opportunity to do so on home soil gives it an extra edge.

"It's a special occasion, it feels special to be in the final with Brazil at the Maracana," said the 36-year-old, who announced two weeks ago he was quitting Paris Saint-Germain but refused here to comment on his next club destination.

"Nothing in the world can compare to it. We'll make every effort to achieve our goal knowing we'll have to make the biggest effort -- but we're ready for that."