City’s own Mumbai City midfielder shares his experience of playing in ISL ahead of home fixture against FC Goa. 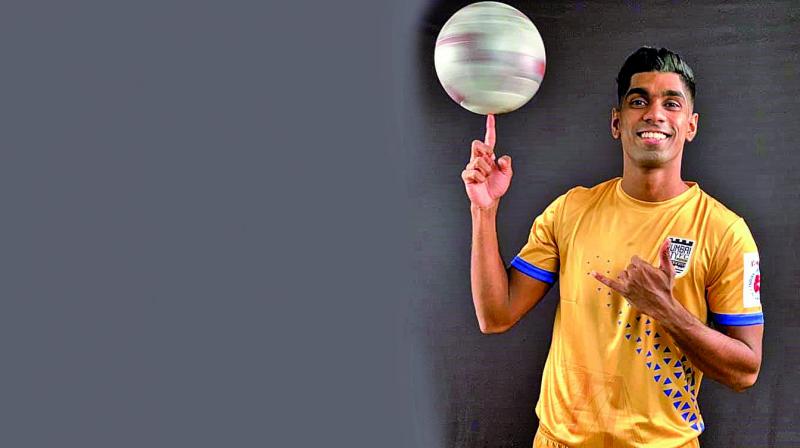 City based promising midfielder Raynier Fernandes’ career has seen a huge upheaval in the last three years. The city his without an I-League club but the emergence of Fernandes, Farukh Choudhary, Nikhil Poojary act as inspiration to city’s budding footballers.

Raynier was picked by Indian Super League club Mumbai City FC last season and retained this season on the back of an impressive first season. In 2016, he was representing Air India before  he got an opportunity with I-League club Mohun Bagan. He impressed during his stint with Mariners in Kolkata and became an Islander thereafter. He also made international debut recently when new national senior team coach Igor Stimac picked him for the Kings Cup in Thailand.

Last season, Fernandes was a regular in the midfield for Mumbai featuring in 17 matches. He scored two goals and also helped the club make it to the play-offs. The Islanders lost to their Thursday’s opponents FC Goa in the two-leg semi-final last season

“It is a dream to win the ISL and I want to do everything possible to help Mumbai City FC win it this time,” the 23-year-old said Raynier.

Born and brought up in Mumbai, Raynier said he was happy playing for Mumbai City FC and sharing the midfield with other talented players like Rowllin Borges and Portuguese Paulo Machado.

“It is very special to wear the jersey of Mumbai City and my home city makes it even better. I really enjoy playing with Rowllin, his game complements mine very well. Paulo is an inspiration. The way he trains, his dedication before every game is unparalleled,” he said.

Mumbai City, however will be without injured Borges for Thursday’s match against FC Goa at Mumbai Football Arena.

Fernandes doesn’t find much of a difference in the philosophies of India coach Stimac and Mumbai City FC’s Portuguese coach Jorge Costa.

“The key to being a good player is adapting to various scenarios. Having said that there is not much of difference in the philosophy between the two coaches, both of them like to keep the ball on the ground and play good football,” he added.

Meanwhile, Mumbai City’s preparations were also hit by the unpredictable weather in the city and they will be looking to bounce back after loss to Odisha FC at home last Thursday.

“Last season, we started with a defeat at home followed by nine-game unbeaten run. This year’s pre-season was strange for us due to the weather. Our preparations were halted due to the weather in the pre-season and then play three games in seven days this season. I'm not here to make excuses but I’m hired for the solutions,” Costa said in the pre-match press conference on Wednesday.