Former Leicester City manager Pearson is the Hornets’ third manager this season after Flores was dismissed on Sunday. 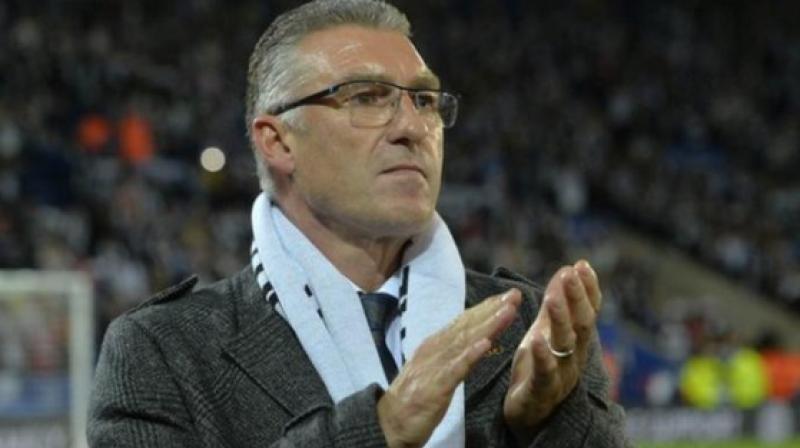 Watford have appointed Nigel Pearson as their new head coach until the end of the season to replace the sacked Quique Sanchez Flores ( Photo:Twitter)

London: Watford have appointed Nigel Pearson as their new head coach until the end of the season to replace the sacked Quique Sanchez Flores, the struggling Premier League club said on Friday.

Former Leicester City manager Pearson is the Hornets’ third manager this season after Flores was dismissed on Sunday and his predecessor Javi Gracia was fired in September.

Watford are bottom of the 20-team standings, seven points adrift of the safety zone with eight points after 15 matches.

"The Hornets are pleased to confirm the appointment of Nigel Pearson as Head Coach on a contract that runs initially until the end of this season," said Watford's statement here

Pearson, 56, will start the job after the weekend, with under 23s coach Hayden Mullins remaining in interim charge of the team for Saturday’s league game at home to Crystal Palace.

Pearson’s last job in England’s top flight was with Leicester, who he led into the Premier League in 2014 and successfully steered to safety the following season, overseeing a remarkable run of seven wins in their last nine games.

He was sacked by Leicester in June 2015 after a breakdown in his relationship with the board, who expelled his son James and two other youth players after newspaper allegations that they appeared in a racist sex tape on a post-season tour in Thailand.

The three players apologised for their behaviour.

Pearson was appointed by Derby County in September 2016 but left the role less than two weeks later by mutual consent.

His last job was with Belgian second-tier side Oud-Heverlee Leuven, who sacked him in February.

“Nigel is an impressive coach and comes with all of the experience and success we believe can have a very positive impact on our season,” Watford Chairman & CEO Scott Duxbury said on the club’s official website.

“It’s been a pleasure spending time listening to the passion with which he talks about the game. His enthusiasm, organisation and motivation will I’m certain prove essential in driving the team forwards and upwards over the coming weeks and months.”