Aizawl, similar to other regional teams, operate on limited resources rely on local talent, and were expected to flatter only to deceive. 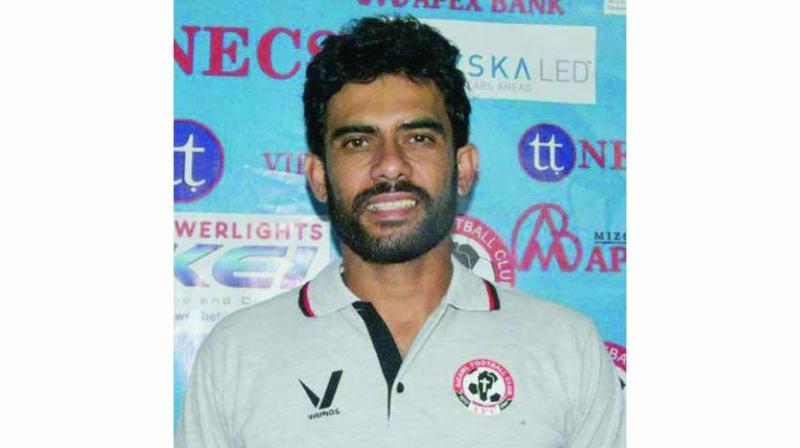 New Delhi: From the gloom of relegation to the prospect of becoming I-League champions, Aizawl FC’s journey has been a story of stunning upturn of fortunes.

At the top of the league with only four matches left, they continue to harbour dreams of becoming the first north-eastern side to win the national league. The AIFF was forced to reinstate them in the top division, despite relegation last season, to make up the numbers after two major clubs from Goa boycotted the league.

Aizawl, similar to other regional teams, operate on limited resources rely on local talent, and were expected to flatter only to deceive. And coach Khalid Jamil, architect of the Mizoram side’s turnaround, is confident they won’t fumble when it will matters most, insisting their lack of experience could in turn prove beneficial, contrary to popular belief.

He, however, is quick to turn down talk of Aizawl doing a “Leicester” as premature. “Inexperience may not be an issue. I have consciously tried to instill within the boys the importance of performing to their potential without thinking about the outcome. It has served our purpose well so far,” Jamil told this paper.

“It is not only about results. We are just working hard and enjoying the process without pondering much about the outcome of it. Aizawl have consistently punched above their weight, proving experts wrong in piling up an impressive 30 points from 14 matches, three ahead of second-placed East Bengal and four ahead of Mohun Bagan.

Asked if their last match, against Mohun Bagan on April 22 could be the title decider, Jamil said they are not getting too ahead of themselves and presently only focusing on their next opponents — defending champions Bengaluru FC on Sunday.

But he conceded expectations of a potential title showdown with the Kolkata giants were natural. “To win the league we have to win all our remaining matches. But we are taking one match at a time. Our next target is the Bengaluru match. A win in it will boost our chances significantly; taking us a step closer to success,” the Kuwait-born former India international said.

“Both East Bengal and Mohun Bagan are strong teams. But we aren’t thinking about them. We are only concentrating on our next two matches.” He insisted there was no secret formula for their consistency, just age-old methods and strong basics.

“We have practiced diligently. Put specific strategies in place for different oppositions. The boys executed the plans perfectly to achieve positive results which grew our confidence steadily.” Jamil doesn’t believe the impressive showing is due to any particular individual, praising the entire squad for putting themselves in a position of strength.

“We are feeling comfortable at the top. Credit goes to the entire squad. Everyone has stuck to their task, be it the foreigners or local boys, done what has been asked of them.” The 39-year-old thanked his present employers for showing faith in him after being dubbed a “failure” at Mumbai.

“It feels good to repay faith the management showed on you. The boys have really responded to me. I have only provided guidance but it is ultimately due to the players who perform on the pitch.” For “relegation specialist” Jamil, fighting for the title is unknown territory. But he welcomes this paradigm shift in objective gladly, intending to celebrate only after claiming the trophy.