Jackson was drafted in the Indian U-17 team earlier this year after leading Minerva FC to 1-0 win over the India U-17 team in March. 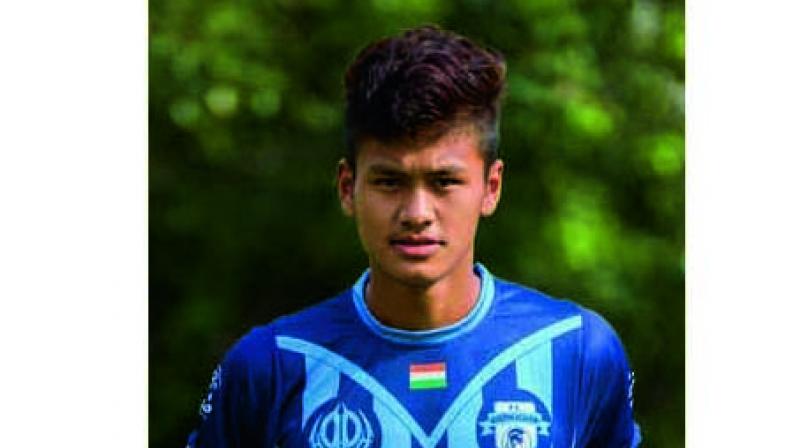 Mumbai: Indian U-17 footballer Jackson Singh is excited about featuring in the Fifa World Cup for the first time. The Indian colts just returned from an exposure trip of Europe and are set to play in the first ever football World Cup in India from October 6.

“I am excited, whole team is excited. In fact, all football fans in India are looking forward to the U-17 World Cup. We have got this opportunity and want to give our best for the country,” he said.

Jackson was drafted in the Indian U-17 team earlier this year after leading Minerva FC to 1-0 win over the India U-17 team in March.

“We prepared well in Europe played with good teams in Italy, Serbia etc. We learnt a lot of things like ball holding and finishing,” he revealed.

“There is some nervousness as hosts and we have to cope with it. The mood in the team is good,” he added.

“It was a great feeling to win U-17 World Cup in 1993 and I hope Jackson has same feeling,” added the former Arsenal striker.

Five-time winners Nigeria will not take part in the event this year due to disciplinary action against fielding overage players. Argentina also failed to make the final cut but former international Esteban Cambiasso refused to put much weight on the matter.

“Argentina and Nigeria are not here so we have to look to the future. We’ve never had dearth of good players in our country. So players will keep coming like Lionel Messi after Diego Maradona and someone else in future,” Cambiasso stressed.