Semis are an all-European affair. 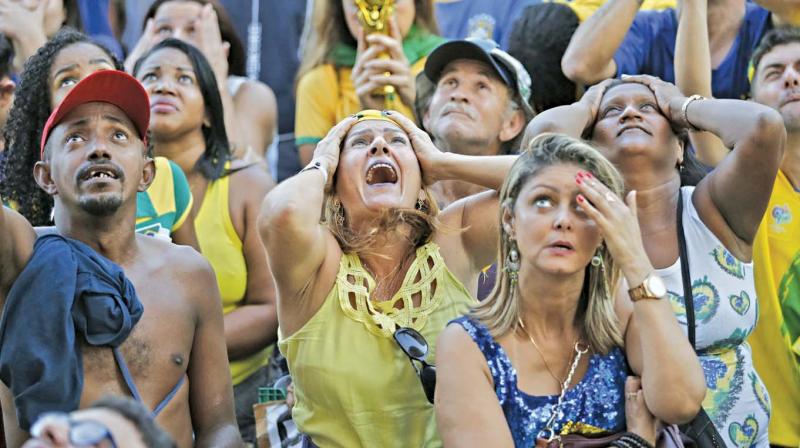 Moscow: Europe has already won the World Cup. It has increased its lead against South America to 12-9 a week before the final at the Luzhniki Stadium. The exit of Brazil has made the semi-finals of the 21st World Cup an all-European affair and the title here will be the continent’s 12th.

That Europe has swept the semi-final places, for the first time since 2006, without Germany, Italy and the Netherlands is intriguing. Fissures continue to dent the European Union but there is no stopping the union of Europe at football’s summit.

The World Cup in Russia has once again burnished Europe’s reputation as the citadel of world football. Flourishing leagues all across the continent offers plenty of opportunities to players from Croatia to Iceland. They in turn strengthen their national teams.

‘Have talent will fly’ is the mantra in Europe as a skilful player is certain to get his chance in a top league somewhere. That many teams at the World Cup featured players from lower leagues in Spain and England is testament to the continent’s strong structure from top down. No wonder Europe is the magnet that attracts professional players from all over the world.

More importantly, Europe has the best infrastructure for football. From top-class academies to highly-rated coaches, the continent has everything a budding football player needs to reach the next level. Iceland’s qualification to Russia 2018 wasn’t only the tiny country’s victory; it was also a nod to the continent’s professional set-up. After learning the game from professional coaches, Iceland players crucially get a chance to exhibit their skills in northern European leagues.

Even the bullish run of the home team here can be traced to the resurrection of the Russian league following an infusion of money by some oligarchs. It is impossible to find a European country without a football league. In South America, the local leagues are rife with corruption and mismanagement. Lack of money, creaking infrastructure and fans’ apathy add to the woes.

The popularity of big clubs such as Flamengo, Corinthians, Boca Juniors and River Plate mask of a profusion of problems underneath in Argentina and Brazil. As Europe can’t take in all the talented youngsters from South America, it is imperative for the two countries to run their leagues professionally. Otherwise, their talent pool will keep drying up.

Argentina and Brazil, whose football teams are loved universally, must also be less emotional in their approach to football. Fans can get sentimental but teams can’t afford to. Deification of an individual is another bane of South America. You can never see a European team putting a player ahead of the team.

The stellar success of Europe also has a lesson for Asia, the world’s most populous continent. That India, which has long been described as a sleeping tiger in football, started a full-fledged professional league only four years ago explains the country’s dubious record of never having played in the World Cup.

There is a lot of money in the Chinese Super League in recent times and it has become all the rage among players of late as a result. Continuity is the key. Unless the two Asian giants run the league professionally and pour money into grass-roots development, they will continue to be cheer leaders at the World Cup.