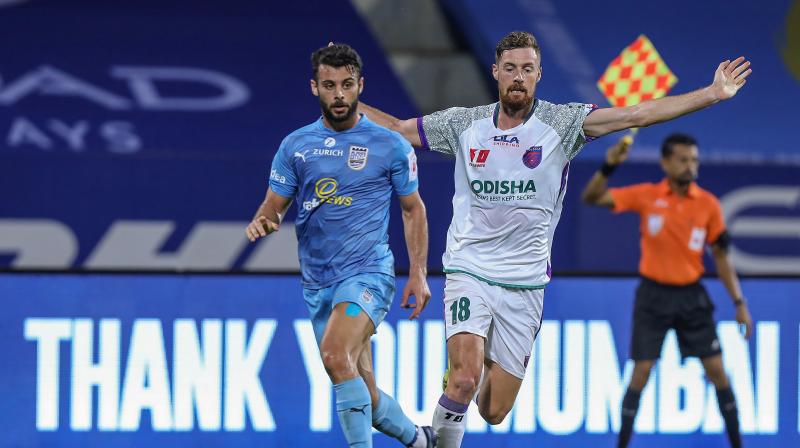 Kolkata, Jul 8 (PTI) In a big boost to their attack, ATK Mohun Bagan on Thursday announced the signing of French-Moroccan star midfielder Hugo Boumous ahead of the upcoming Indian Super League season.

The 25-year-old, who played a key role in Mumbai City FC winning the title last season with three goals and seven assists, will join the likes of Liston Colaco and Joni Kauko in the midfield.

"I have heard that the joy of playing in front of millions of supporters of the Green-Maroon team at the Saltlake Stadium is different. I am always hungry to win the trophy.

"I have brought success to the clubs that I have played in. My goal is to win the AFC Cup and the Indian Super League," Boumous said in an ATKMB statement.

The Mariners had also roped in goalkeeper Amrinder Singh from Mumbai earlier as the Kolkata giants made some impact signings in the transfer window, even as there's a speculation over the future of their star Fijian Roy Krishna.

Known for his deft footwork and penchant for scoring goals, Boumous graduated from the youth academy of Stade Lavallois in France.

He moved to FC Goa during the 2017-18 season's January transfer window and made an instant impact, scoring two goals and providing two assists in just eight matches.

After a strong run in the 2018-19 campaign, Boumous had his best ISL season in 2019-20, scoring 11 goals and assisting 10 others in their run to the inaugural League Shield.