“Coutinho has an adductor muscle injury in his left thigh,” the doctor, Rodrigo Lasmar, was quoting as saying by Globo Esportes on Tuesday. 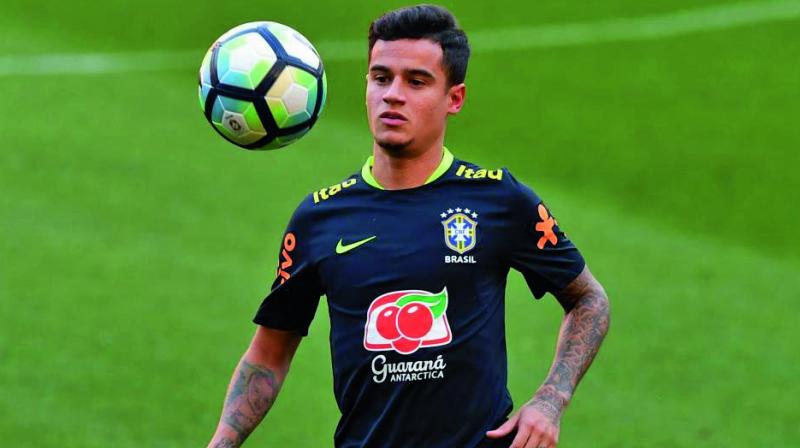 Paris: Liverpool midfielder Philippe Coutinho is injured and will probably miss Brazil’s friendly against Japan in Lille on Friday but could feature against England, the team doctor said.

“Coutinho has an adductor muscle injury in his left thigh,” the doctor, Rodrigo Lasmar, was quoting as saying by Globo Esportes on Tuesday.

“The chances that he will play against Japan are tiny, but we are working to make him available against England.” After the encounter with Japan, Brazil play at Wembley on Tuesday.

Lasmar said there was a chance that, against Japan, Coutinho “could be on the bench and play a few minutes.” The Brazil squad has been preparing in Paris for the two matches.

It has scheduled training sessions at Parc des Princes, where its star Neymar plays for Paris Saint-Germain, on Tuesday and Wednesday.

Icardi out of Argentina squad Inter Milan captain Mauro Icardi will miss Argentina’s upcoming international friendlies because of a knee injury, his Serie A club confirmed on Tuesday.

The 24-year-old picked up the injury against Torino at the weekend and will train separately for four or five days. But he will not travel to Russia for Saturday’s
friendly against the 2018 World Cup hosts and a game on Tuesday against Nigeria.

“Mauro Icardi this morning underwent tests,” the club said in a statement. “There is no tear for the Nerazzurri striker, but there is evidence of severe bruising with associated inflammation on the front of his right knee.