The Gaurs have washed away the Islanders challenge twice this season with 5-0 and 2-0 wins. 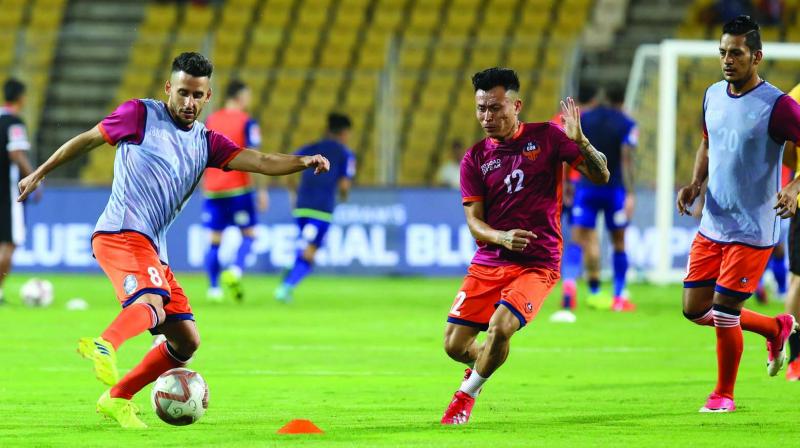 FC Goa players practice on the eve of their ISL semifinal against Mumbai City in Mumbai on Friday. (Agencies)

Mumbai: Mumbai City FC will be aiming for a better performance to stop free-flowing FC Goa in the first leg of semi-final here on Saturday. The Gaurs have washed away the Islanders challenge twice this season with 5-0 and 2-0 wins. But semi-final will be a different ball game and Mumbai City coach Jorge Costa will be hoping to stop Goan tides.

Mumbai City have been in the semi-finals in ISL-3 but they failed to get past eventual champions ATK despite heading the League. This season they finished third despite an ordinary start and poor finish to the league. In between they had a golden run which included nine-match unbeaten streak.

Goa who triggered Mumbai resurgence with 5-0 win snapped their streak with 2-0 win at Saturday's venue. The loss came after the Islanders had ended unbeaten streak of table toppers Bengaluru FC. The hosts lost four of their last six games after the international break so they will be hoping the reality check came at the right time.

"We have to see the reality. I hope there will be a different story tomorrow. We made mistakes in the two games against FC Goa but we've learnt from it. The team which makes less mistakes will progress. The final is here so it is added motivation for us," Costa said at the post match press conference.

Goa have been in good scoring form and they will want to better ISL-4 showing with berth in the final at the same venue.