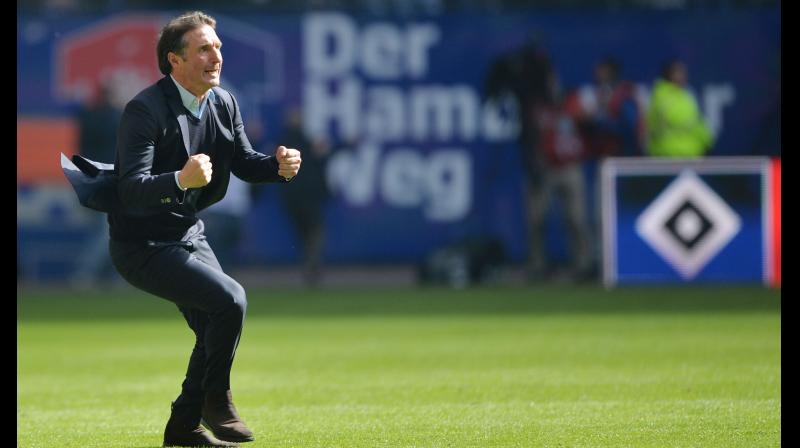 Berlin: Bruno Labbadia is set to succeed Jurgen Klinsmann as head coach of Hertha Berlin with the Bundesliga outfit poised to name their fourth boss this season, local media reports claimed on Thursday.

According to newspaper Bild and football magazine Kicker, 52-year-old Labbadia will sign a contract until 2022 to oversee preparations should the German league resume next month after being halted on March 13 due to the coronavirus pandemic.

Like most of the top-flight clubs, Hertha returned to training this week for the first time since the competition was stopped because of the virus.

However, Hertha's caretaker coach Alexander Nouri has not been involved as he remains with his family in Bremen.

Nouri was named in a caretaker capacity in mid-February when Klinsmann, a former USA and Germany head coach, walked out after just 76 days in charge.

The former Bayern Munich and Tottenham star was brought in as a short-term solution in November after Hertha made a disastrous start to the season under former coach Ante Covic.

Hertha, who are backed by a wealthy investor, are 14th in the table, six points from the relegation places with nine games left.

Labbadia has recent experience of avoiding relegation having kept Wolfsburg up in 2017-18 before guiding them to a Europa League place the following season.