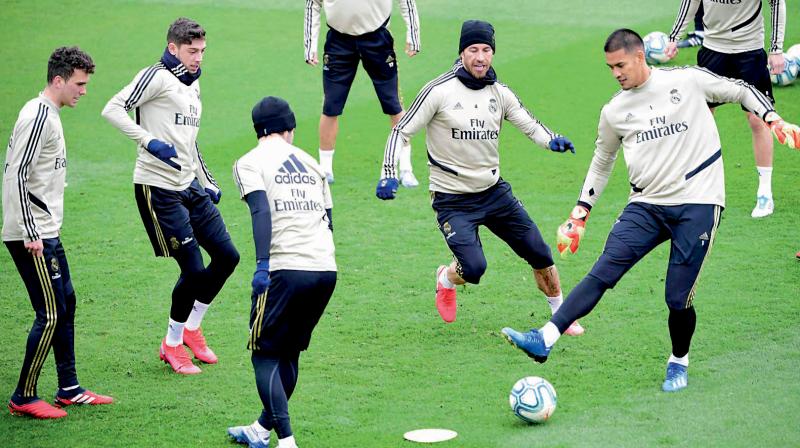 Madrid: Real Madrid's players and coaches have agreed to voluntarily reduce their salaries by at least 10% to help offset lost revenue caused by the coronavirus pandemic.

The club said the decision applied to its soccer and basketball teams.

Some top club executives have agreed to take pay cuts that could reach 20% depending on the circumstances that may affect the rest of the season.

Fellow Spanish league club Sevilla also said Wednesday it would put its players and other employees on government furloughs to reduce labor costs during the pandemic. Barcelona and Atlético Madrid had already requested the government furloughs, reaching agreements with players to reduce their salaries by 70%.

The Spanish league has estimated that clubs will lose a combined $1 billion euros ($1.1 billion) if the competition can't resume because of the pandemic.