Sampdoria president sees no point in finishing season without fans

The Serie A league says it wants to conclude the season but there is no indication yet of when, or if, it can restart 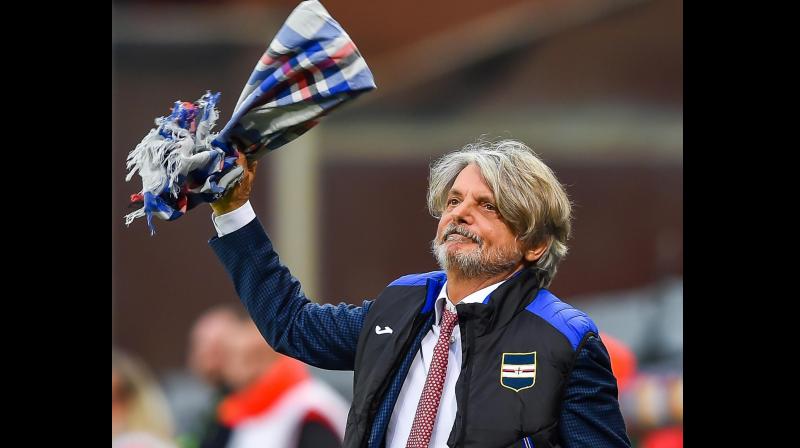 Rome: The president of Serie A club Sampdoria says he cannot see any point in concluding the season, currently suspended because of the coronavirus outbreak, if matches are played without fans attending.

“Let’s organise ourselves to say that this championship must end here and now,” Massimo Ferrero told the Telenord television station in an interview.

“It hurts me to say this because I want to start again but only seeing my stadium, which is the most beautiful in the world, with my fans beating their drums.”

The Serie A league says it wants to conclude the season but there is no indication yet of when, or if, it can restart in a country which is among the worst hit by the coronavirus.

Matches would almost certainly have to be played behind closed doors.

Torino and Brescia have also said the championship should be abandoned and Fiorentina believe it is unlikely to be concluded.

“What sort of match is it without the cheering of the crowd?” said Ferrero, whose side’s last match before the stoppage was played without fans against Verona.

“It hurt my heart to hear that silence,” he said. “You tell me how I can go to the stadium and see that desolation.”