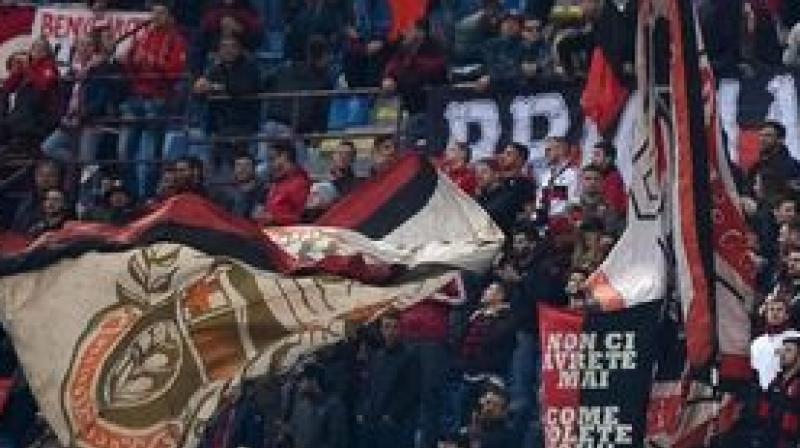 An AC Milan supporter was stabbed outside Bologna stadium Sunday in a fight over who had caught a players' shorts (Photo:Twitter)

Milan: An AC Milan supporter was stabbed outside Bologna stadium Sunday in a fight over who had caught a players' shorts, according to media reports in Italy.

The dispute broke out between the two visiting fans after Milan players threw shirts and shorts into the stands after the final whistle following their 3-2 away win.

It continued outside the Stadio Dall'Ara with one fan being stabbed in the abdomen and taken to hospital in a serious condition.

The argument was over who had caught one of the players' shorts, Gazzetto Dello Sport said, quoting local reports.

Former European giants AC Milan got back-to-back Serie A wins for just the second time this season to move up to 10th place in the Italian league.