ISL 4: Delhi up for Kerala challenge

A disappointing start has seen them recall David James as head coach. 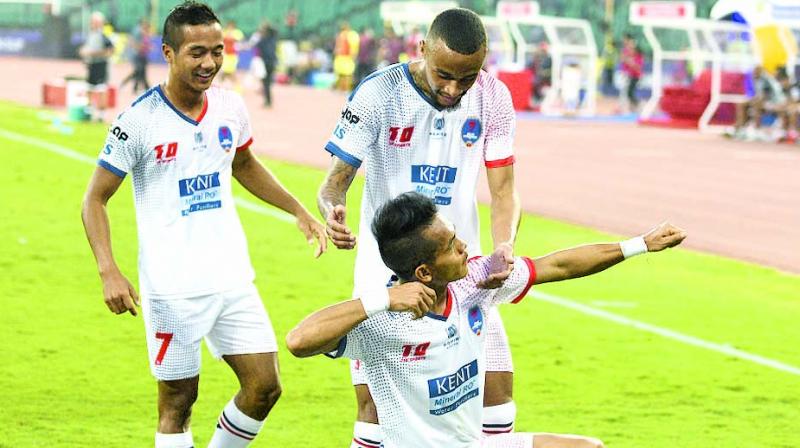 Another club that wasn’t expected to be caught in the quagmire of the bottom three are Kerala Blasters who are eighth.

New Delhi: Bottom-placed Delhi Dynamos will have their task cut out when they host Kerala Blasters in an Indian Super League match here on Wednesday.

The Dynamos started the season with a win over FC Pune City but in the seven matches they played since then, they have lost six and drawn one.

Another club that wasn’t expected to be caught in the quagmire of the bottom three are Kerala Blasters who are eighth. A disappointing start has seen them recall David James as head coach. His first job will be to secure a victory after a run of three matches without a win.

“Kerala are strong in defence and very experienced. They are compact and difficult to break down. But it is also difficult for them against us,” Dynamos’ head coach Miguel Angel Portugal said.

“At home it is most important that we win. I think we have an opportunity to win. A point is important for confidence though,” he added.