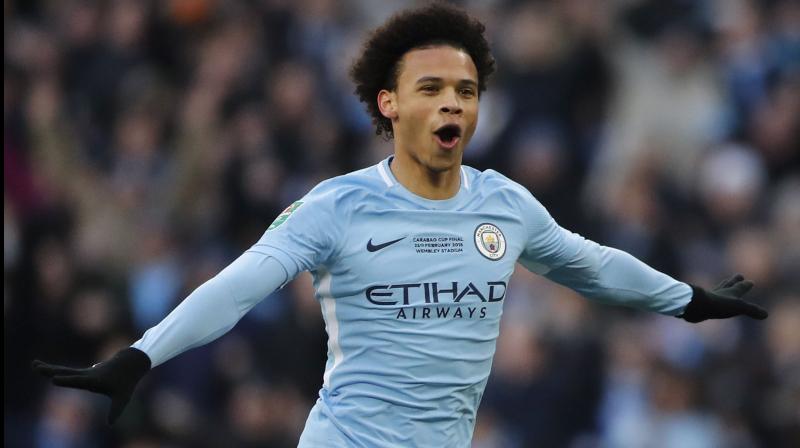 Frankfurt: Manchester City's Leroy Sane said he has not been feeling bored at home and is spending lots of time with his daughter amid the coronavirus pandemic.

"My family and I are all very well, thank you. I'm especially enjoying being able to spend lots of time with my daughter. So I haven't really been bored yet," DFB's official website quoted Sane as saying.

All football leagues have been brought to a standstill because of the threat caused by the Covid19 and the players have been asked to stay at home during the crisis.

Sane, who suffered a ligament tear last year, said that after recovering from the injury he did not want to jump straight back in rather he suggested playing for the youth team first.

"After being injured for such a long time I didn't want to jump straight back in again, but rather take the time that my body needed. That's why I suggested that I should play for the youth team first so that I could get used to the speed of the game step by step," he said.

"Lots of people were surprised but for me it was the logical first step to make; that's what I planned to do from the start and what I told the coach," Sane added.