The defender has won the recognised sculpture of Sir Matt for the very first time in his United career. 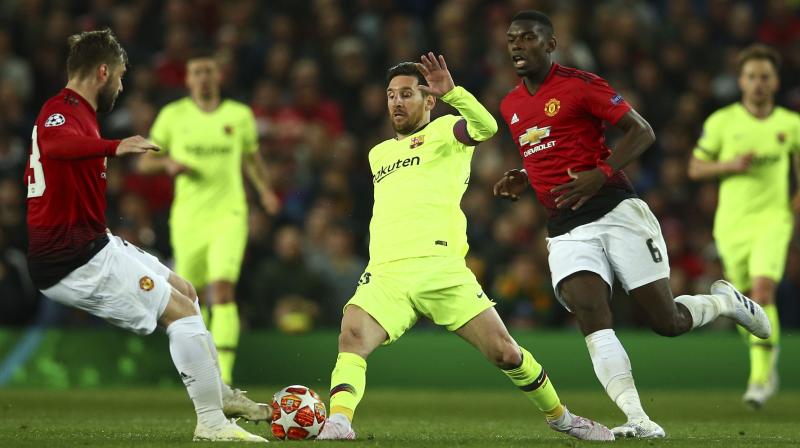 Shaw secured the most number of votes, followed by his fellow team-mates Victor Lindelof and Paul Pogba. (Phoot: AP)

Old Trafford: Manchester United footballer Luke Shaw was crowned as the Sir Matt Busby Player of the Year for the 2018-19 season, adding to his team's player of the season on Thursday (local time).

The defender has won the recognised sculpture of Sir Matt for the very first time in his United career.

"It's obviously nice for me, but I'd rather win no individual trophies and have a better season as a team. We need to move on and focus now on next season and what's to come," Shaw said in an official statement released by Manchester United.

The voting was done by many fans of Manchester United and they cast votes on the official app of the football club.

Shaw secured the most number of votes, followed by his fellow team-mates Victor Lindelof and Paul Pogba.

The 23-year old defender follows the footsteps of team's goalkeeper David De Gea, who also won both the awards in three of the last four seasons.

Manchester United's present season in the Premier League hasn't gone according to plan as they are currently placed at the sixth position in the league standings.

Shaw has been a standout performer and has won player of the month for United on three occasions this season.

The footballer has made 40 appearances in all competitions ahead of the upcoming closing match against Cardiff City.

Manchester United takes on Cardiff City on Sunday, May 12.