Raheem Sterling preparing for 'biggest game of his life'

Sterling's form has earned him the Professional Footballers' Association young player of the year award and the writers' trophy. 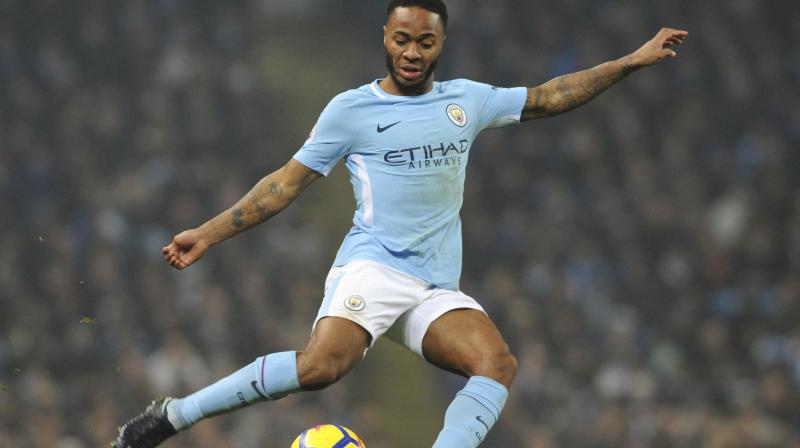 Manchester City boss Pep Guardiola wrote to congratulate Sterling in the evening's programme and praised him for his stance against racism. (Photo: AP)

London: Raheem Sterling says he is preparing for the biggest game of his life after receiving the Football Writers' Association player of the year award. A stunning season with Manchester City and England has been backed up by impressive work off the pitch in the fight against racism.

Sterling's form has earned him the Professional Footballers' Association young player of the year award and the writers' trophy, which he collected in London on Thursday.

Manchester City head to their final game of the season at Brighton on Sunday a point clear of Liverpool, who host Wolves, at the top of the Premier League.

In his acceptance speech at the FWA dinner, he said: "Right now, being here and getting voted the writers' player of the year is amazing and on Sunday I have the biggest game of my life to go and win. It's very special."

He added: "My mum is the biggest inspiration on my life, whenever something is going wrong I always think of my mum. She is always fighting, I have seen her fighting through the hardest things. If I see what she is capable of, that's where I get my fight from."

Manchester City boss Pep Guardiola wrote to congratulate Sterling in the evening's programme and praised him for his stance against racism.

He wrote: "He has faced so much adversity and instead of hiding from it, he has taken control and become a role model for young people everywhere."

Nikita Parris thanked Manchester City for their support after winning the FWA women's footballer of the year award.

The England forward said: "It's massively improved me as a player, I wouldn't be here without the support of Manchester City.

"The support they give the women and men is unbelievable. We continue to push on to win trophies, it's great Raheem and I are here but we keep wanting to win awards with the team."