Salah set to return for Liverpool's title-decider against Wolverhampton

Jordan Henderson and Andy Robertson also sustained knocks against Barcelona but Klopp is hopeful about the availability of the trio. 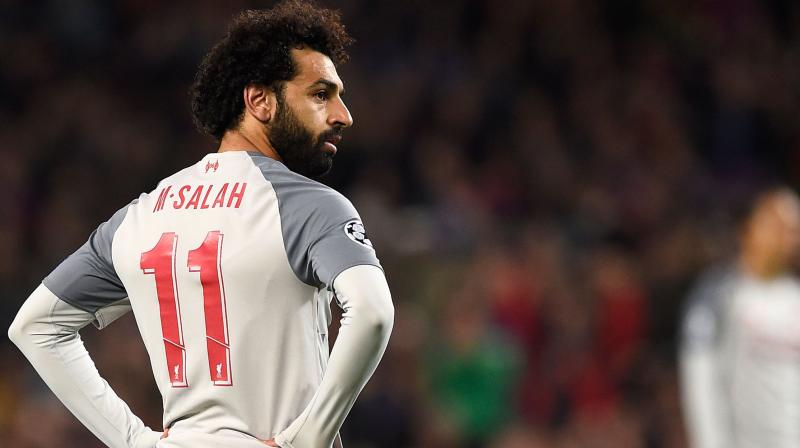 Mohamed Salah is ready to feature in Liverpool’s Premier League title decider against Wolverhampton Wanderers on Sunday after the Egyptian forward recovered from a concussion, manager Juergen Klopp has said.

Salah missed Liverpool’s Champions League semi-final win against Barcelona on Tuesday after a clash of heads with Newcastle United goalkeeper Martin Dubravka last weekend but was cleared to train ahead of the domestic season finale.

Captain Jordan Henderson and full back Andy Robertson also sustained knocks against Barcelona but Klopp is hopeful about the availability of the trio.

“The famous words in the dressing room this week have been ‘it’s only pain,’” Klopp said at a news conference on Friday.

“Mo looked good running around the celebrations (following the Barcelona win). Yesterday and the day before he was running outside. He will be part of training today.”

Liverpool must overcome Wolves at Anfield to have any chance of winning their first top-flight title since 1990 but could finish second with 97 points if leaders Manchester City defeat Brighton and Hove Albion at the Amex Stadium.

In a remarkable week of soccer, Liverpool and Tottenham Hotspur overcame seemingly impossible odds to beat Barcelona and Ajax Amsterdam respectively, to set up an all-English Champions League final for the first time since 2008.

Klopp is now hoping for a final twist in the Premier League story but admitted City remains in pole position to retain their title.

“The week is not over yet, Sunday counts too,” Klopp added. “Of course we go for that. Nothing changed really.

“Most people expected me to sit here today and say ‘not in the Champions League final and now it’s difficult to be Premier League champion’.

“Now we are in the Champions League final and it’s still difficult to be Premier League champion.”