The city based footballer is thrilled to play for I-League team Mohun Bagan for the first time. 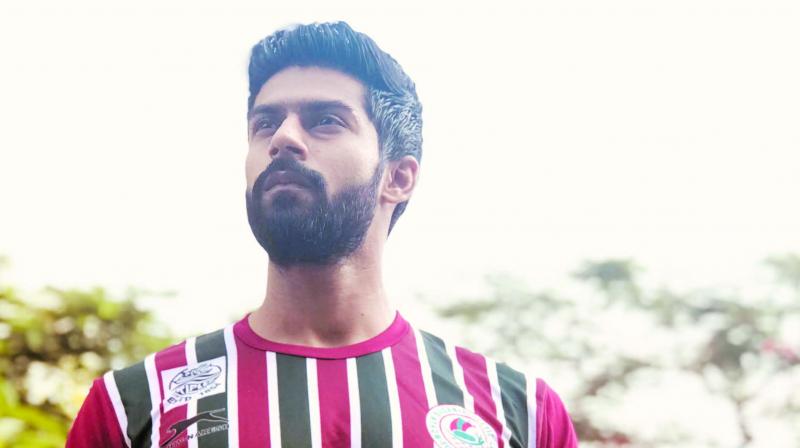 Experienced defender Ashutosh Mehta is elated to join his dream club Mohun Bagan for the first time. The Malad based footballer has been playing professional football for a decade and had come close twice to play for the Kolkata giants but his dream came true only recently.

“I am playing for my dream club finally. I am very excited about the coming season already which will begin with Calcutta Football League. I had first came close to signing in 2013-14 season when I was playing for Mumbai FC but due to some issue, I couldn’t play for them. But this time everything is sorted,” said the 28-year-old who played for FC Pune City in the Indian Super League last season.

“I had a two-year contract with Pune City but when the offer came from Bagan, I couldn’t resist it and Pune City released me from the contract. I played my first professional game against Bagan and also hundredth game. Now, I am looking forward to play for them. I have already started training individually and can’t wait to join the club ahead of the CFL,” he added.

Mehta had offers from the Mohun Bagan, also known as Mariners, couple of years back when he famously won the I-League with less fancied Aizawl FC under city based coach Khalid Jamil. He was pivotal in the defence as a full back and his versatility gives more options to his coach.

But he preferred playing in the ISL for Kolkata club ATK and later went on to join FC Pune City. He joined the Stallions team late and got to play seven games during 2018-19 season.

“Pune City was a good experience for me. I had played for them before also. But there was change of coach (after three games) and team settled well under (interim coach) Pradyum Reddy and then new coach Phil Brown took over,” he recalled.

Pune City was his first ISL team after he had joined it in the inaugural season on loan from Mumbai FC for which he played for five seasons. He then joined Mumbai City FC in second ISL season before playing a season for disbanded I-League club Mumbai FC again. All this while he was contracted with Mumbai City and went on to play in I-League again with Aizawl on loan and it turned out to be memorable season for him. Later he joined ATK and FC Pune City and Mohun Bagan remains only his second I-League club after Mumbai FC, where he has full term contract for a season.

Mumbai has a good fan base for the old Kolkata Club with rich history and Mehta is already getting best wishes messages from fans of Mariners in Mumbai and Kolkata. “The fans are excited and expect good showing from me as I am an experienced player. I know I have to work hard to meet their expectations,” says the footballer.

Mehta is well aware of the pressure to perform in front of packed grounds in Kolkata with passionate fans cheering all along. “I am used to pressure by now. I know it will be more pressure to play in Kolkata but I am ready for it,” he said.

He is looking forward to work under new Mariners coach Kibu Vicuna. The 47-year-old Spaniard Kibu Vicuna was roped as head coach for the 2019-20 season in bid to last month. Vicuna has a wealth of experience in coaching in Spain and Poland.

“I have read a lot about Bagan coach and his coaching philosophy matches with my style of play. My game has grown every season and I am looking forward to learn a lot from him,” Mehta signed off.