As the 21st World Cup is a week away from its conclusion, the time is ripe to draw a list of winners and losers in Russia. 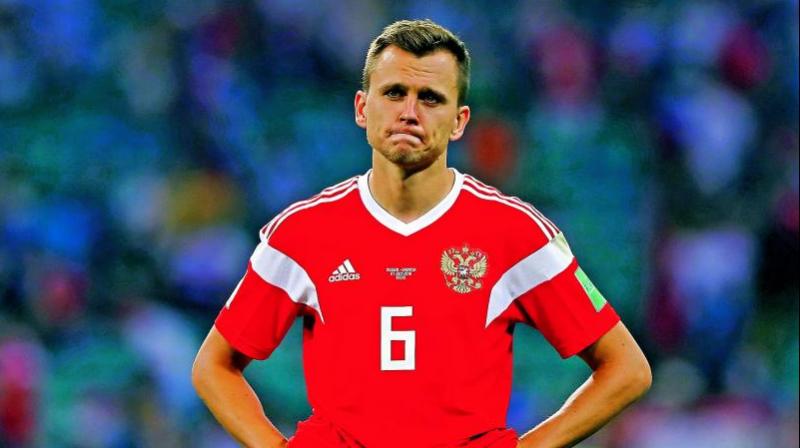 Moscow: As the 21st World Cup is a week away from its conclusion, the time is ripe to draw a list of winners and losers in Russia.

South American fans: Fifa would do well to permit all South American teams to play the World Cup from 2022. They bring colour, passion, chants and revenue to the host country. Their absence in the semi-finals is a tragedy on and off the field.

Russia: For the smooth organisation of the World Cup as well as its friendly air. The largest nation in the world has proved that it also has a comparable heart as it has welcomed disparate visitors with an open arm. Russia is a winner a week before the actual trophy is given away.

England: Is it a dream? It is difficult to believe that England have actually reached the semi-finals. But there are no complaints, as Gareth Southgate’s likeable team are two matches away from emulating the famous class of 1966.

Eden Hazard and Kevin De Bruyne: Can the Lampard and Gerrard of Belgium co-exist? The midfielders have not only co-existed, they have also flourished. Belgium deserve to win the World Cup for the dazzling duo.

Russian team: Few expected them to reach the second round but they almost made it to the semi-finals. Russian fans would never forget the team, especially Artem Dzyuba and Denis Cheryshev, for saving the country’s face on the grandest stage in football. Coach Stanislav Cherchesov is a winner, too.

Robert Lewandowski: The record scorer in European qualification went home without one in the actual tournament. For one of the best marksmen in European football, the paltry return is embarrassing. Poland owed their first-round exit to their captain’s drought.

The Western media: For writing uncharitable reports about Russia in the build-up. None of the dubious apprehensions they raised has materialised so far, as fans are having a blast all over this vast country.

African football: Every neutral fan wanted an African team in the knock-out round but none made it. Instead of finding a scapegoat in rules that saw Japan edge out Senegal on disciplinary record, Africa must do more soul-searching.

Germany: For falling at the first hurdle. The last time it happened was in 1938. A World Cup without Germany during its business end is indeed surreal. Toni Kroos’s stunning winner against Sweden was the only consolation for the defending champions.

Cab drivers: Russia’s decision to make bus and train travel for reporters and fans free during the World Cup, has hit cab drivers hard. The sullen men behind the wheels ask three times the normal fare from unsuspecting customers to make up the loss in revenue.

Superstars: Cristiano Ronaldo, Lionel Messi and Neymar have all gone home before the semi-finals as the World Cup continues to elude the terrific trio. As the first two will be long in the tooth by 2022, Neymar’s odds on winning the trophy are the shortest.