Liverpool lifted the Champions League title in June after they overpowered Tottenham in the final. 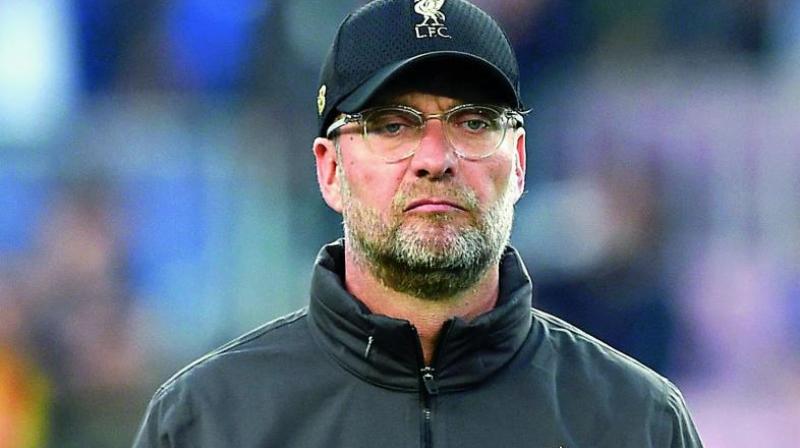 Liverpool manager Jurgen Klopp has said there is no reason for him to keep celebrating the Champions League triumph as he now wants to focus on the next season. (Photo: File)

Leeds: Liverpool manager Jurgen Klopp has said there is no reason for him to keep celebrating the Champions League triumph as he now wants to focus on the next season.

Liverpool lifted the Champions League title in June after they overpowered Tottenham in the final. However, they opted not to parade the trophy during their Premier League opening match against Norwich City on Saturday.

"Nobody told me I have to. Is that what you do usually? I touched the Euro cup on the matchday there, the day after, and since then not. No reason for it, I know how it feels," Goal.com quoted Klopp as saying.

"And people know how it looks. If somebody expected that then somebody should've told me. I'm pretty sure I wouldn't have done it anyway because we are now in the new season. Enough celebration," Goal.com further quoted Klopp as saying.

"Nobody has to congratulate me anymore, but still everybody's doing it. I'm really fine with all the things I heard about it, now let's play the new season," he added.

Liverpool got off to a great start in the league as they vanquished Norwich City by 4-1.

However, goalkeeper Alisson picked up an injury and Adrian took the field as a replacement.

Praising Adrian, Klopp said: "He's a confident guy. I don't think he wanted to sit on the bench for the next couple of years, he made himself ready. It's a situation, but if you're in a situation like this you want to have somebody who's played in the league, who's experienced."

Despite praising Adrian, Klopp said he does not want to be in a position where they only have one fit goalkeeper.

"He's 32, a calm guy, good with his feet as we saw. That's important for us, so a lot of good things, but you still don't want to have a situation where only one goalie is fit," Klopp said.