Brazilian Gabriel Jesus, preferred by Pep Guardiola to Sergio Aguero in attack, opened the scoring in the 25th minute. 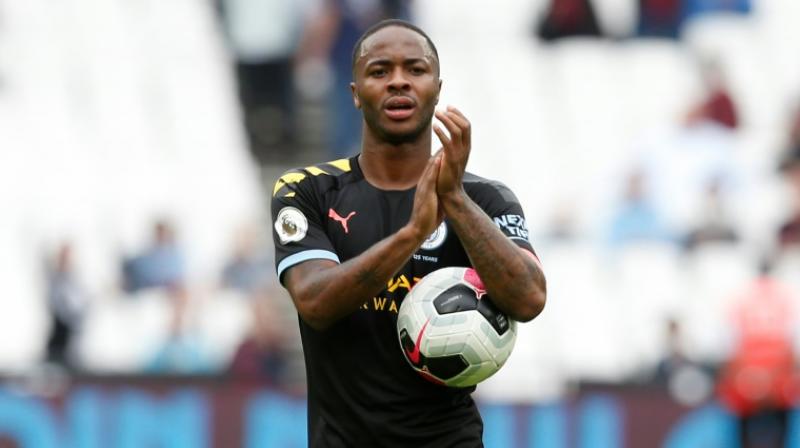 Raheem Sterling scored a hat-trick as champions Manchester City made a convincing start to their title defence with a 5-0 win over West Ham United. (Photo: AFP)

London: Raheem Sterling scored a hat-trick as champions Manchester City made a convincing start to their title defence with a 5-0 win over West Ham United, in a game which saw heavy use of video review, at the London Stadium on Saturday.

Brazilian Gabriel Jesus, preferred by Pep Guardiola to Sergio Aguero in attack, opened the scoring in the 25th minute with a deft close-range finish after a scorching burst and low cross from Kyle Walker.

Sterling made it 2-0, six minutes after the interval, with a cool finish after Kevin De Bruyne had burst from midfield and fed the England forward.

Jesus then became the first player to have a goal disallowed by the Video Assistant Referee (VAR) in the Premier League when, in the 53rd minute, he finished off Sterling’s pass following a fine move. However, the VAR adjudged that Sterling was marginally offside as he ran into the box.

VAR, making its debut this season, was used again to review and eventually validate Sterling’s second, when he collected a lofted ball into the box and lobbed West Ham keeper Lukasz Fabianski.

The video staff were busy again in the 84th minute when City were awarded a penalty for Issa Diop’s foul on Riyad Mahrez. Substitute Aguero’s penalty soft penalty was saved but VAR ruled that Declan Rice was encroaching into the box and referee Mike Dean ordered a re-take — which the Argentine scored before Sterling completed his hat-trick in stoppage time.