Neymar out of PSG opener, exit talks 'more advanced than before' - club

Sporting director Leonardo confirmed that the Brazilian was near the exit but that PSG were "not yet ready to give its approval". 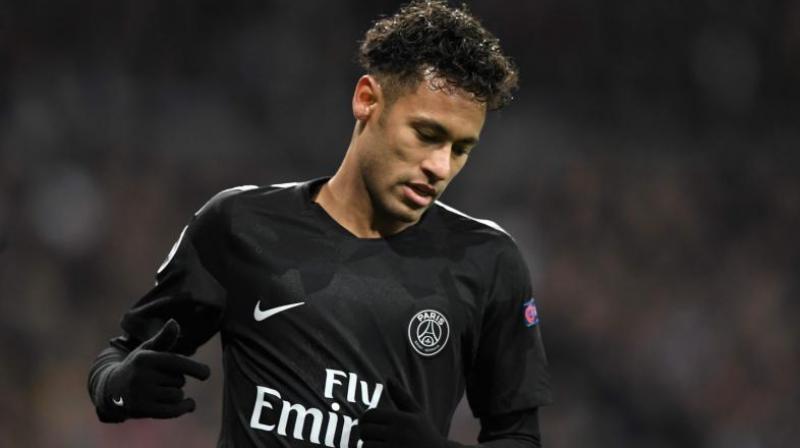 Paris Saint-Germain revealed on Saturday that Neymar transfer talks are "more advanced than before" after the Brazilian was dropped for the French champions' opening Ligue 1 match with Nimes. (Photo: AFP)

Saint-Germain-En-Laye: Paris Saint-Germain revealed on Saturday that Neymar transfer talks are "more advanced than before" after the Brazilian was dropped for the French champions' opening Ligue 1 match with Nimes.

Sporting director Leonardo confirmed to reporters that the Brazilian was near the exit door but that PSG were "not yet ready to give its approval (to the transfer)" ahead of Sunday's match at the Parc des Princes.

Real Madrid or a return to Barcelona are the most likely destinations for the world's most expensive footballer, with Spanish media on Friday saying that Zinedine Zidane's side will battle Barca for the 27-year-old's signature.

Sports newspaper AS claimed Neymar has been offered to Madrid by PSG, who are open to selling if they can either recoup the 222 million euros ($249 million) they spent on him in 2017 or receive half that amount, with players included in the deal.

Barcelona-based Mundo Deportivo says that he would prefer a move back to Catalonia to play alongside former teammates Lionel Messi and Luis Suarez.

Neymar, whose time in France has been marked by injuries and controversies, has made a series of remarks that strained his relationship further with the club and sparked outrage on social media.

Asked by an online sports channel about his best memory in football, the troubled superstar cited Barcelona's incredible 2017 Champions League victory over PSG when he was part of the team that overturned a 4-0 first-leg deficit by winning 6-1 in the second leg of their last-16 tie.