Arsene Wenger contradicts Bayern Munich's claim that they turned him down 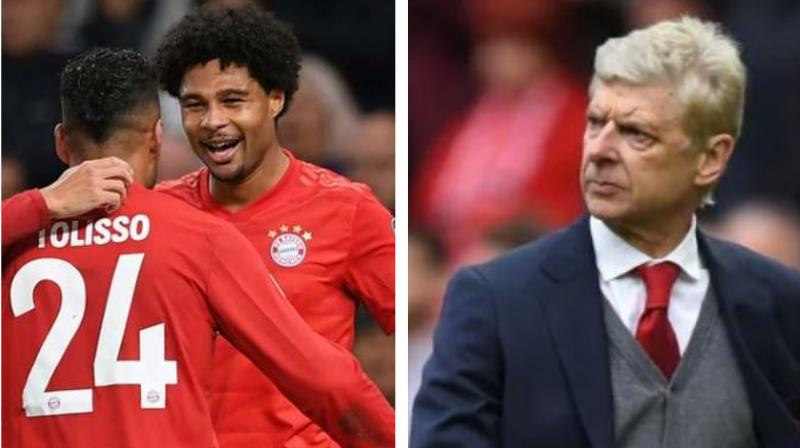 Arsene Wenger has contradicted a claim by Bayern Munich that they turned him down for the vacant head coach's job and accused the defending German champions of a lack of discretion. (Photo:AFP)

Munich: Arsene Wenger has contradicted a claim by Bayern Munich that they turned him down for the vacant head coach's job and accused the defending German champions of a lack of discretion.

On Thursday, Bayern put out a statement claiming Wenger had called club chairman Karl-Heinz Rummenigge to express interest in replacing Kovac, but said the former Arsenal boss had been turned down.

However, Wenger, 70, rejected that version of events and criticised Bayern for leaking "rumours from everywhere".

"My name came out of nowhere," said Wenger in an interview with beIN Sports on Friday.

"On Wednesday, Rummenigge called me, I called back out of courtesy.

"We talked for four or five minutes, maximum, and he reported that they signed Flick (as interim coach) for the next two games.

"He asked me if I would be interested, because they are looking for a coach."

Wenger says he told Rummenigge that he would think about it and "we decided together" to talk again "next week because I am in Doha until Sunday night. This is the true story".

After a decade as Bayern's president, Uli Hoeness will step down on Friday and Wenger said Bayern are at a "turning point" with Rummenigge also set to quit as chairman within the coming year.

Between them, Hoeness and Rummenigge have helped grow Bayern into one of the most successful clubs in Europe.

"It seems that the future is uncertain," said Wenger who added that the German club had always been "very discreet and direct" in the past, "but today (they are) very exposed with rumours coming from everywhere".

Wenger wished Bayern "good luck" in finding a replacement for Kovac. Other candidates for the vacancy, Paris Saint-Germain boss Thomas Tuchel and Ajax's Erik ten Hag, already made it clear last week that they will not join Bayern before at least the end of the season.

After Bayern thrashed Dortmund at the Allianz Arena, Rumenigge said Flick will remain in charge for their next league game on November 23 and seemed to apologise to Wenger for any "misunderstanding".

"First of all, I have an incredible amount of respect for Arsene Wenger, I know him for an extremely long time. I am sorry for any misunderstanding, I have absolutely no problem with him," said Rummenigge.

"And we will certainly talk in the near future once more on the telephone."