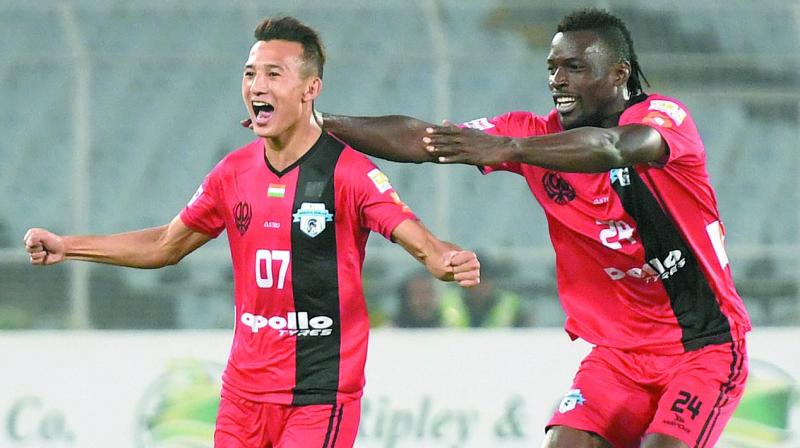 New Delhi: Chencho Gyeltshen struck twice in the first half to guide Minerva Punjab to a 2-1 win over Mohun Bagan in Kolkata on Wednesday, the win taking them to the top of the I-League table.

Minerva now have 19 points from eight matches, one more than East Bengal having played a game less. Bagan are six points behind in fifth place.

Chencho netted in the 23rd and 30th minutes to collect three points for the Ludhiana-based outfit.

Bagan’s goal was scored by Kingsley Eze moments before the final whistle.

Bhutanese international Chencho dodged past a defender and fired a powerful shot for his first.

They did not have to wait long for their second goal as Chencho produced a superb finish at the far post after being fed accurately by William Asideu.

Bagan got the opportunity to peg one back on the 36th minute, but Ansumana Kromah failed to convert from the spot with a feeble attempt saved comfortably by goalkeeper Rakshit Dagar, who dived low to his left to block the attempt. Eze pulled one back for the hosts in the dying minutes.