‘Spain should stick to midfield-oriented strategy’

The midfielders are very important for Spain because we give importance to the ball. 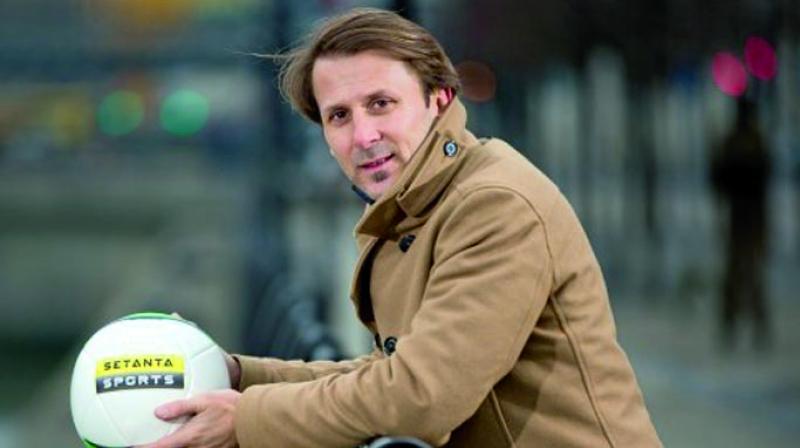 Those skill set helped the midfielder carve a name for himself at the highest level, turning out for clubs like Barcelona, Valencia and Lazio, before ending his career in England at Middlesbrough in 2008 after earning for 40 caps for his country.

Now 43, he has channeled his other interests to earn a living after retiring from football, working as a TV pundit, DJing at music concerts and opening a chain of restaurants.

He is also an ambassador for La Liga. In this chat he speaks about Spain’s chances in the World Cup in Russia and the ever-evolving face of football. Excerpts:

On his favourites for this summer’s World Cup:
For me the favourites are Brazil, Argentina, France, Germany and Spain. I think one among them will be the champion.

On whether Spain can repeat their success of 2010:
Spain have a very good chance because of the way the new generation has been ushered in by the manager (Julen Lopetegui).

They are playing good football and are competitive, that’s the basic you need to win.

We feel midfielders support defenders and strikers so everything should go through them.

On Spain’s approach to goal-scoring:
The manager should stick to the midfield-oriented strategy. It depends who we play, where we play but finding a balance between defensive and offensive midfielders is key. Defensive medios should have ability to link between attackers and defenders.

The likes of forwards Diego Costa or Alvaro Morata can also be called upon when needed. It has happened earlier.

On the growth of fitness and speed in modern football:
It seems likely. Nowadays, footballers have become more like athletes. Sports science is very relevant. Unfortunately, I believe prioritising athleticism is killing talent and skill. But that’s the way it is.

On new playing styles, tactics/strategy emerging at the World Cup:
I don’t think so. We see in every major tournament games are getting tighter. Small things decide matches. We don’t see many high-scoring matches or teams getting defeated by big margins. That’s the way football is being played now.

On Real Madrid and Barcelona’s dominance, boon or bane for La Liga:
Of course they are. Wherever you put Real and Barca, in Italy, Germany, England they will be the team to beat. They are La Liga’s ambassadors. They represent Spanish football’s philosophy and values. They are powerful and we have to be thankful for that.

On how La Liga can match the profile of the English Premier League:
La Liga is not only about Real and Barca. We have other teams who are also successful in Europe like Sevilla, Celta Vigo, Villareal, Valencia, and Athletic Bilbao. Hopefully we will get these teams to be more familiar to people outside Spain.