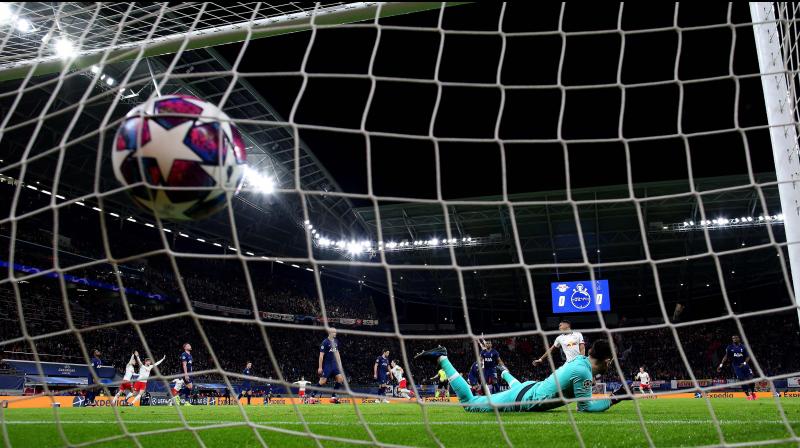 Leipzig: Tottenham midfielder Dele Alli questioned his side's mental strength after RB Leipzig cruised to a 3-0 win on Tuesday to progress 4-0 on aggregate to the quarter-finals for the first time.

Leipzig captain Marcel Sabitzer struck twice in the first 21 minutes before substitute Emil Forsberg added the third late on with his first touch.

Unlike many fixtures across Europe this week, there were no restrictions on supporters attending due to the spread of coronavirus and the Leipzig fans were able to enjoy a nerve-free evening.

However, it was at the other end that they buckled inside the opening quarter of the game as two errors from goalkeeper Hugo Lloris turned a tough task into an impossible one.

Leipzig took just 10 minutes to open the scoring when Lloris did not get a strong enough right hand to stop Sabitzer's strike from outside the box finding the bottom corner.

Timo Werner then fired home from close range only to be denied by the offside flag as Leipzig opened up the Tottenham defence at will.

And the visitors did not learn their lesson as Sabitzer met Angelino's cross with a powerful header, but Lloris should still have done better to keep the ball out at his near post.

Forsberg took just 32 seconds after replacing Sabitzer to fire the third goal into the far corner three minutes from time.

Tottenham have now failed to win their last six games in all competitions -- the longest winless streak of Jose Mourinho's managerial career.

And the Portuguese again blamed that run on his lack of options due to an injury list that also includes Moussa Sissoko, Davinson Sanchez and Ben Davies.