Roma said that former Shakhtar Donetsk coach Fonseca joins on an initial two-year contract with the option to extend for a further year. 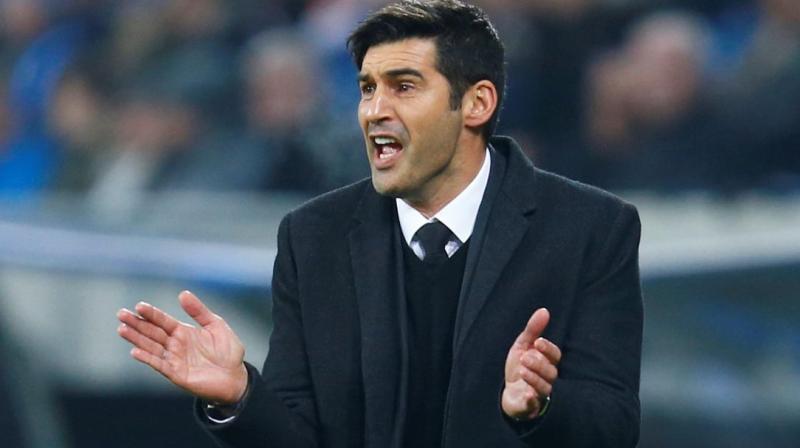 "Together, I believe we can create something special." said Fonseca (Photo: Reuters)

Rome: Paulo Fonseca was named new Roma coach on Tuesday, as the Serie A club looks to bounce back from a traumatic season that saw them go through two managers and fail to qualify for the Champions League.

In a statement, Roma said that former Shakhtar Donetsk coach Fonseca joins on an initial two-year contract with the option to extend for a further year.

"I am excited and motivated by the task ahead of us. I cannot wait to move to Rome, meet our fans and get started," the 46-year-old Portuguese was quoted as saying by the club's Twitter account.

"Together, I believe we can create something special."

Fonseca arrives in Rome after three years at Shakhtar, where he won three straight domestic doubles after taking the reigns in 2016. He also took the Ukrainians to the Champions League last 16 in 2018.

Roma reached the Champions League semi-finals the same year but last season was dumped out by Porto in the last 16 and hobbled to sixth in Serie A, leaving them in the second qualifying round for the less-lucrative Europa League.

The capital club finished the campaign with Claudio Ranieri as interim boss after sacking Eusebio Di Francesco in early March, with sporting director Monchi following the former Sassuolo coach out the door.

They were rebuffed by both former Chelsea and Juventus coach Antonio Conte, who has taken the job at Inter Milan, and Gian Piero Gasperini, who decided to stay at Atalanta after he guided his side to their best ever league season and a spot in the Champions League.

Without the revenues from European football's biggest competition, Roma will likely sell some of their bigger names, with Edin Dzeko strongly tipped to join Conte at Inter.