Ronaldo has won the Italian Supercup, the Serie A and now the UEFA Nations Cup this season. 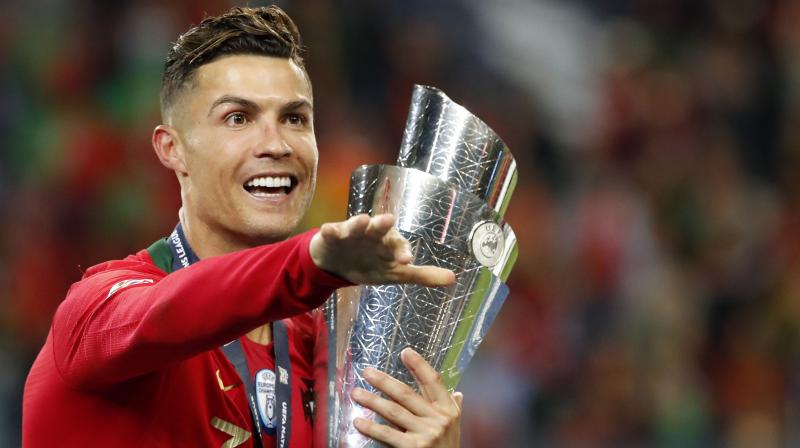 Ronaldo has managed to score 28 goals and provide 13 assists with Juventus in all competitions this season. (Photo: AP)

Cristiano Ronaldo successfully led Portugal to 1-0 victory over the Netherlands in the UEFA. Nations League final. He made only two appearances but managed to score three goals in the tournament.

Ronaldo has now achieved the feat of winning two trophies in two months-- Serie A and Nations League tournament. He has certainly increased his chances of winning the Ballon d'Or due to his accomplishments for the 2018-19 season.

Ronaldo has won the Italian Supercup, the Serie A and now the UEFA Nations Cup this season. He has managed to score 28 goals and provide 13 assists with Juventus in all competitions this season.

Ronaldo has spoken with Cadena Ser after Portugal’s Nations League win: “I won three competitions, there has never been a moment in my career where I’ve played badly. Numbers in the last 16 years speak for themselves. What can I do more? I don’t know if I deserve to win the Ballon d’Or. I am not judging myself, you are the ones who should do it”.

“Portugal national team is going through an incredible moment since 2016 when we won the Euros. We are having fun and I am happy, winning titles is very important. The support of fans was incredible, for me and my team-mates. Fans helped us to win the title. I am feeling well. I want to help young players and they want to help me, it’s a perfect connection”, he added.

Lionel Messi and Virgil Van Dijk are also in the race of winning this individual accolade. Luka Modric was successful in clinching the 2018 Ballon d'Or.