Why are England likeable now?

The English goalkeeper has not grabbed the headlines for all the wrong reasons. Above all, England are likeable. 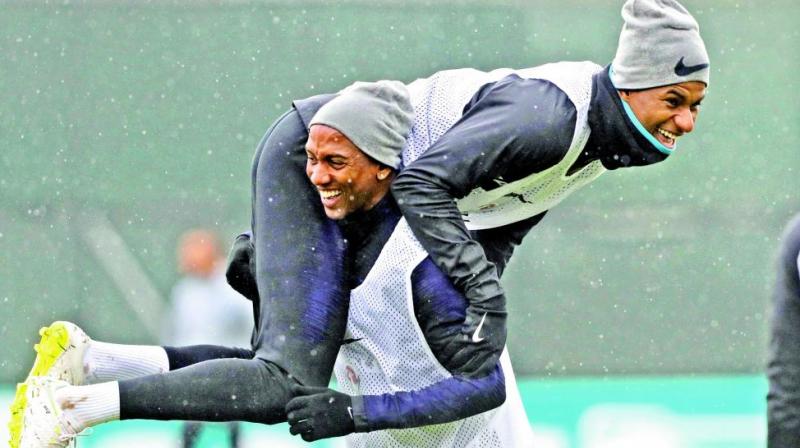 St Petersburg: Strange things are happening at the 2018 World Cup. Germany have crashed out in the first round. England have won a shootout. The English goalkeeper has not grabbed the headlines for all the wrong reasons. Above all, England are likeable.

If somebody had said England would reach the semi-finals and Germany would be home after the first round before the tournament, he would have been dismissed as a nobody. The unthinkable is a reality now as Germany are plotting their success in Euro 2020 while England are very much in the mix for the trophy in 2018.

First things first. That England aren’t the most hated team in the tournament is an achievement in itself for the Three Lions. In three World Cups on the trot from Germany to Brazil, many neutral fans were happy to see the back of England as early as possible. If Wags made Beckham and Co. deeply unpopular in 2006, the dire performance of the team won them no fans in 2010 and 2014.

Gareth Southgate, the unassuming England manager, deserves credit for transforming the image of the national team that had long been derided as a sanctuary of overpaid, underperforming players. His stress on youth power  — England have one of the youngest squads in Russia — has paid him and his country handsome dividends. There are no prima donnas in the team. If the youthful team had endeared itself to the whole nation by being down to earth, Southgate is the main reason.

Even Andrej Kramaric of Croatia, England’s semi-final opponents on Wednesday, has praised Harry Kane’s team. “England are one of the favourites for me because they have a young and hungry team with no big international movie stars,” he added. Such a statement from an opponent was inconceivable in the previous World Cups of the millennium.

Like his manager, Kane also leads the team in his own understated way. There is nothing over the top about him as he goes about his job with clinical efficiency. Even the Arsenal fans among England supporters would not have anything negative to say about the Spurs forward.

Maybe Wayne Rooney was more talented than Kane but he never fulfilled his potential on the grandest stage in football. Finally, England have got a football hero who is worthy of adulation and emulation.

England are also a team for a change, rather than a collection of egoistic individuals. There is no grumbling about team selection, strategy and formation. The atmosphere in the English camp is, in fact, too serene to believe for gnarled observers of the country’s longest-running soap opera.

Goalkeeper Jordan Pickford has been a revelation here. He hasn’t done something his predecessors had been so prone to doing: commit an embarrassing mistake. From David Seaman in 2002 to Joe Hart in 2014, the dubious tradition continued. On top of it, Pickford has also been making spectacular saves. God save England’s opponents in the semi-final and the final.