The second half unfolded on similar lines with both set of players continuing to miss chances. 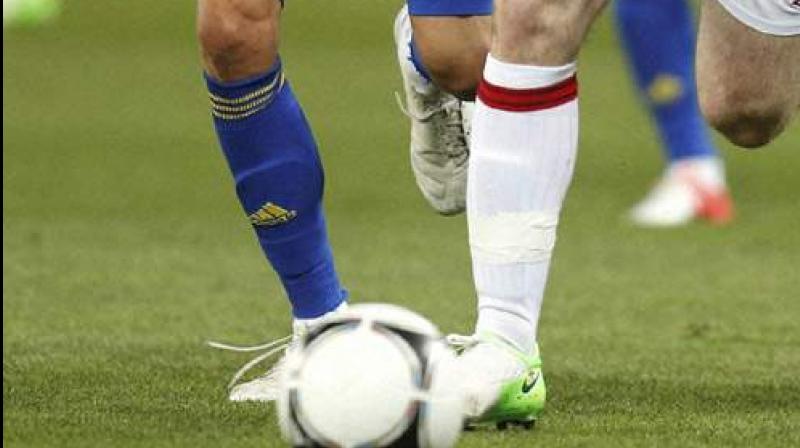 Just at the stroke of half-time, Koffi latched onto a stray ball at the edge of the box and shot at goal but it weak effort was easily saved. (Representational Image)

New Delhi: Chennai City and Shillong Lajong were locked in a goalless draw in their I-League match in Coimbatore on Sunday.

Both sides created goal-scoring chances but failed to utilise them at the Jawaharlal Nehru Stadium.

With the draw, Lajong remained fifth in the standings with 18 points from 16 matches while Chennai are ninth with 13 points after 15 games.

The home side were quicker off the blocks.

Aleksander Rakic’s accurate through pass ball split the Lajong defence and Michael Soosairaj latched onto it as he ran into the box.

But the Chennai skipper’s chip over the goalkeeper struck the woodwork.

Lajong then upped the ante. Abdoulaye Koffi found space on the right channel as he surged into the box but his left footed curling effort got blocked.

Samuel Lalmuanpuia accurate free-kick towards the far post in the 18th minute was saved by Chennai goalkeeper Kabir Thaufiq.

Just at the stroke of half-time, Koffi latched onto a stray ball at the edge of the box and shot at goal but it weak effort was easily saved.

The second half unfolded on similar lines with both set of players continuing to miss chances.

Bagan host Gokulam
In Kolkata, Mohun Bagan will be keen to revive their diminishing title aspirations against Gokulam Kerala FC on Monday.

With three wins from 12 matches, Gokulam (10 points) lie at the bottom of the table, while Bagan are fourth with 21 points, still eight short of leaders Minerva.

Bagan dropped points at Chennai in their last outing and knowing well that they have a mountain to climb, and coach Shankarlal Chakraborty on Sunday said they have to win all their matches to give them a chance to win.