The Germans are now on nine points, three behind group leaders Northern Ireland. 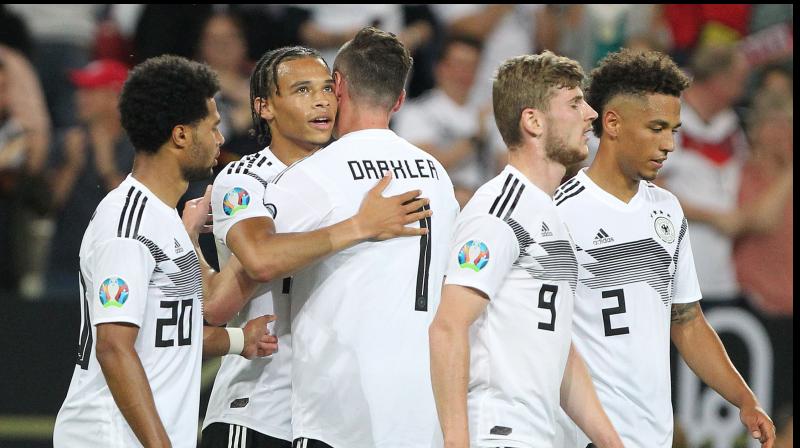 Mainz: Germany scored five times in 27 minutes in the first half to crush Estonia 8-0 on Tuesday and make it three wins in three Euro 2020 Group C qualifiers.

The Germans are now on nine points, three behind group leaders Northern Ireland, who have four wins from four but needed an 86th-minute winner by Paddy McNair to edge past hosts Belarus 1-0.

Germany got off to an explosive start and two goals from Marco Reus and one from Serge Gnabry, Leon Goretzka and Ilkay Guendogan’s penalty saw them kill off the game by the 37th minute.

Their quick, flowing football gave their opponents no chance even when they piled 10 outfield players into the box.

Gnabry then grabbed his second goal after the break before Timo Werner and Leroy Sane also got on the scoresheet in a completely one-sided encounter that also confirmed Germany’s improving form.

The Germans are looking to rebuild after their woeful World Cup first-round exit last year along with their Nations League relegation. They also beat Belarus 2-0 on Saturday.

“We wanted to score more goals than we did against Belarus and we managed that,” Reus, who also hit the woodwork, told reporters.