USA youngsters are creating waves in the ongoing U-17 World Cup here. 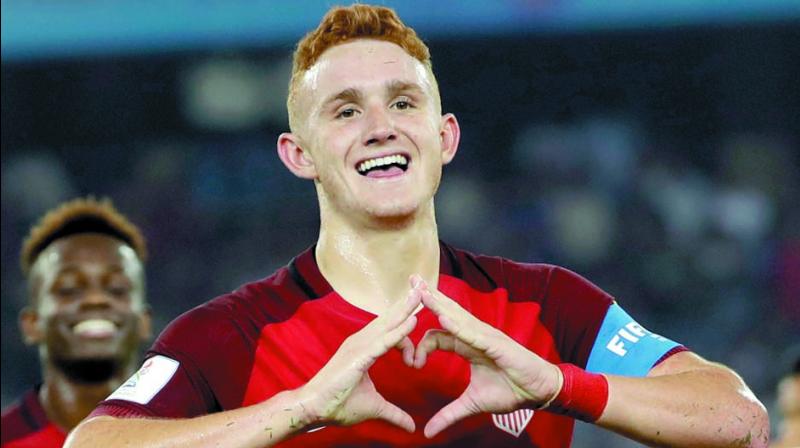 Mumbai: The USA senior team will not travel to Russia for the Fifa 2018 World Cup after 1-2 loss to Trinidad and Tobago on Tuesday night. US failed to qualify as both Panama and Honduras won their games to pass the Americans in the Concacaf standings.

However, USA youngsters are creating waves in the ongoing U-17 World Cup here. They are currently on top of Group A with six points and have already qualified for Round of 16. Above all, they have kept clean slate in both games.

They will be keen to finish league campaign on a high when they meet Colombia in their Group A final league game at the D.Y. Patil Stadium here on Thursday. The teams played their first two games in New Delhi and got first feel of the playing turf on Wednesday.

“We should have been playing in the World Cup. It was a tough day for USA soccer and its fans. We watched the game and it was a sad feeling. Hope after missing qualification this game now gets more attention in the country,” rued USA U17 coach John Hackworth.

Hackworth felt the loss won’t affect his U-17 team. “They are young, It won’t affect them much but it can bring in little bit more focus. We have done well, especially the win against Ghana and we are here to do well,” he added.

The outcome of the USA-Colombia match will have bearing on India’s qualification chances for play-offs. India are playing Ghana simultaneously in a must-win game in New Delhi and will hope favourable result.

USA has stars like skipper Josh Sargent and Tim Weah. Colombia, on the other hand, lost to Ghana and weren’t inspiring against India.

Turkey hope for positive result
In Group B, table toppers Paraguay meet Turkey with the former already through with two wins.

Turkey are expected to put up a better show in a must-win game. Turkey have one point from their sraw with New Zealand. Turkey’s qualification also hinge on another Group B league game in New Delhi between Mali and New Zealand.