The Maldives side rode on an Anatoliy Vlasichev hat-trick at home to get past Bangladesh side Saif 4-1 on aggregate and book a date with Bengaluru. 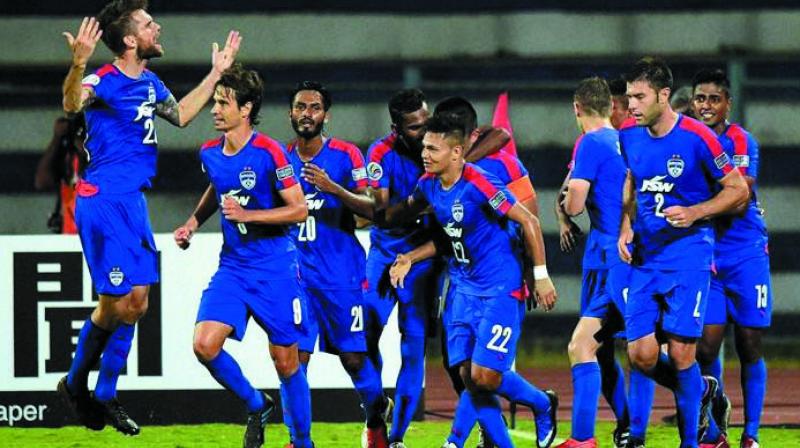 BFC have a 100 per cent win record away and at home against the Maldivian clubs.

Male: Eyeing a group stage berth, coach Albert Roca said he expected nothing short of a stern test when Bengaluru FC take on Maldivian side TC Sports Club in the first leg of the AFC Cup preliminary stage game here on Tuesday.

The Blues arrived in the capital after becoming the first side to secure a play-off berth in the Indian Super League but the Spanish manager said it would count for nothing when they attempt to take an important step to make it to the group stages of a competition Bengaluru have enjoyed relative success in.

“The game against TC Sports Club is going to be a tougher challenge than the one we faced in Bhutan. They have made it to this stage on the back of two good games against the team from Bangladesh.

“Their confidence along with being comfortable with the humid weather that we aren’t used to, makes the challenge bigger,” Roca said.

The Maldives side rode on an Anatoliy Vlasichev hat-trick at home to get past Bangladesh side Saif 4-1 on aggregate and book a date with Bengaluru. They will however be without first-choice goalkeeper Dmitry Asnin who, with an injured hand, is expected to be out for long.

Consistent with his policy of rotating the squad and handing players rest, Roca has made the trip without Sunil Chhetri, Gurpreet Sandhu, Juanan Gonzalez and Dimas Delgado among others. “It’s something (rotating) we’ve been doing often and it works for us more often than not because we have a hungry squad that is willing to grab the chances it gets.”