Deco alerts defenders to be wary of VAR

The new video technology has already sparked debate during its first month of use in the Champions League. 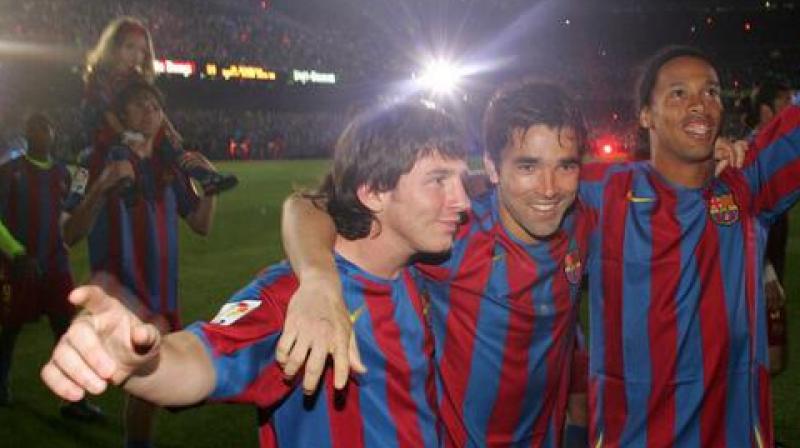 Deco was born in Brazil but moved to Portugal early in his career, obtained citizenship and made 75 appearances for his adopted country, playing at two World Cups. (Photo: Twitter)

Defenders who try to impede an opponent with a sly tug of the shirt or push in the back must remember that VAR is watching them, former Porto, Barcelona and Portugal midfielder Deco told Reuters in an interview.

The new video technology has already sparked debate during its first month of use in the Champions League but Deco said it is something he would have welcomed during his playing days.

“I would like to have played with VAR, I think it would have helped me,” he said, adding that he was not worried about how long it took to make decisions.

“Look at it the other way... I wouldn’t want to lose a title to a goal that should not have been given, that is really frustrating.

“Everyone goes home and then sees on television that, because of a mistake, you missed the chance to play in a final, or to win a title.”

As an example, Deco cited the late extra-time penalty which gave his former team Porto a 4-3 aggregate win over AS Roma in their Champions League round of 16 tie last week.

Roma fullback Alessandro Florenzi tugged Porto forward Fernando’s shirt as he tried to meet a ball across the face of the goal and, although the referee did not see it, it was caught by the video assistant.

“Players will adapt to that sort of situation with time,” said Deco, during the Geneva car show at the start of the first-ever Europa League trophy tour.

“The forward (Fernando) would probably not have got to the ball but the defender pulled his shirt because it hadn’t occurred to him that there was another pair of eyes watching in addition to the referee.

“It was a silly penalty to give away because he didn’t need to do it and players behave like that because they think the referee can’t see, but that has now changed,” added the former player, who is an ambassador for the Europa League.

“Over time, they will become more aware that they are being watched.”

Deco was born in Brazil but moved to Portugal early in his career, obtained citizenship and made 75 appearances for his adopted country, playing at two World Cups.

Many young players today also have the choice of playing for one or more national teams. It often proves a difficult decision and one that stirs emotions both in the country they chose to represent and the one they turn down.

“I don’t want to give advice because it’s a very personal matter,” said Deco.

“I think I could have played for Brazil at the 2006 World Cup, it would have been natural (to be picked) given my career at Barcelona, but it was a personal decision.

“I wanted to play for Portugal and I thought it was the best thing to do at that moment,” he said. “I have a connection with Portugal, I like the country.

“If I had a Portuguese passport but no relationship with Portugal... or if it was Italy or Spain where I didn’t have much of a connection with the national team, I don’t know if I would play for them.

“But I can’t criticise those who do because it’s the player’s personal decision.”