The Croatian President delighted soccer lovers with her presence in the VIP box as her football team defeated England. 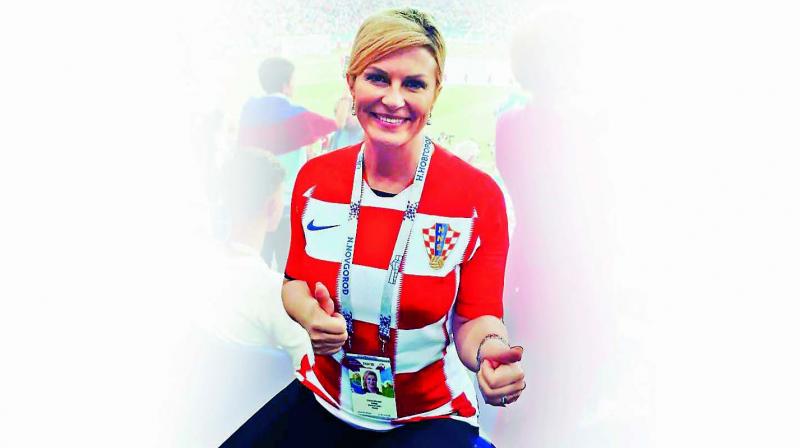 Mario Mandzukic made history for the Republic of Croatia when he scored in extra time to help beat England 2-1 and set up a historic clash with France in Sunday’s World Cup football final. The small nation of 4.3 million people declared independence from Yugoslavia in 1991 and fought a war for four years before becoming a Republic. They are the smallest nation to enter the final in eight decades.

Even as the players are making waves on the pitch in Russia, there is one Croatian who has been making the headlines with her support to her national team. The Croatian president Kolinda Grabar-Kitarovic made her presence felt in the World Cup in the match against Denmark, when she flew economy class to Russia in order to attend her national team’s match and sat in the stands from where she was featured heavily on the social media. 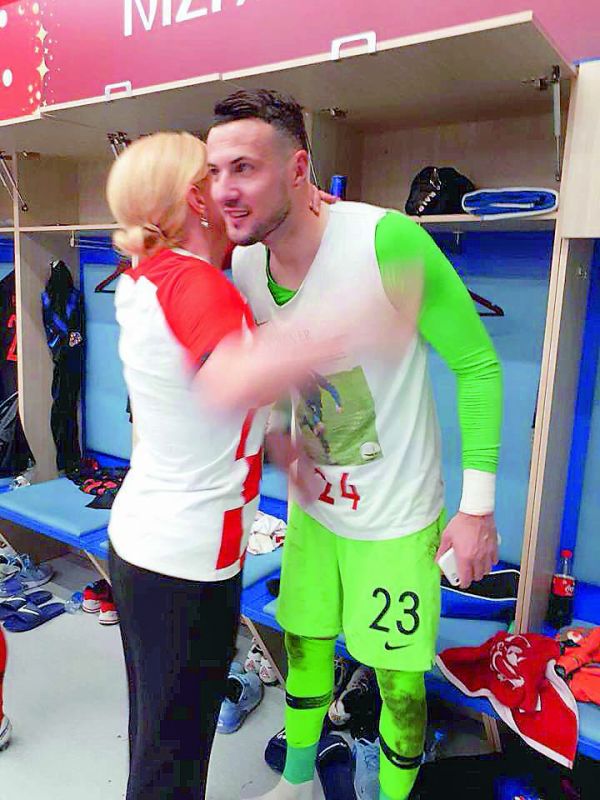 Kolinda also paid a visit to the team’s locker room. She hugged each player and posted the videos on social media.

Having spotted her in that game, FIFA rolled out the red carpet for her when she turned up at the quarter-final against the host team, Russia. She paid a visit to the team’s locker room too. She hugged each player and posted the videos on social media.

Seated next to FIFA president Gianni Infantino and Russian PM Dmitry Medvedev in the VIP box at Sochi, she remained a steadfast fan of Modric and company. She couldn’t resists breaking out into dance when Croatia beat Russia on penalties and made it to the semi-final. Medvedev was seen looking away when his guest was dancing in the box. 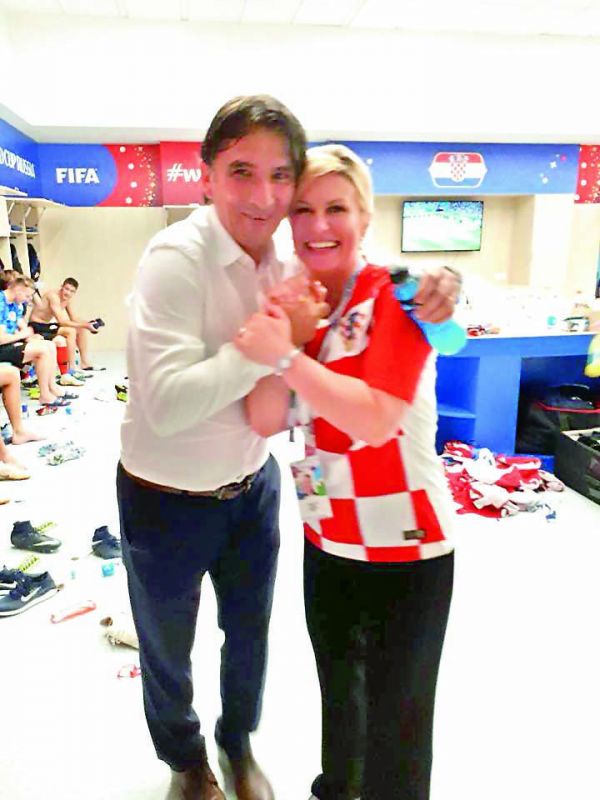 Kolinda (50) will be at the finals too, and may be seated next to French President Emmanuel Macron, who is also a known football fan. Kolinda, however, is more likely to be the noticeable football fan who will not only be following every move of the Croatians, but also wearing her emotions on her sleeve. 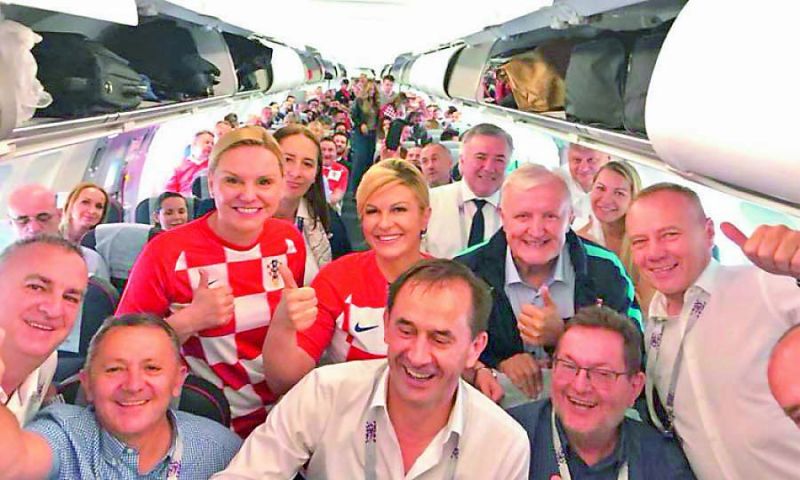 If her nation goes on to win the final, you can be assured that Kolinda won’t be bothered if she is in the company of distinguished leaders such as Vladimir Putin and Emmanuel Macron. She will be doing her dance of delight. You can’t tie an ardent football fan like her down with rules about how to be seated impassively in the VIP box.