Albert Roca’s side have lost their last two AFC Cup games on the road and they will look to avoid conceding early goals. 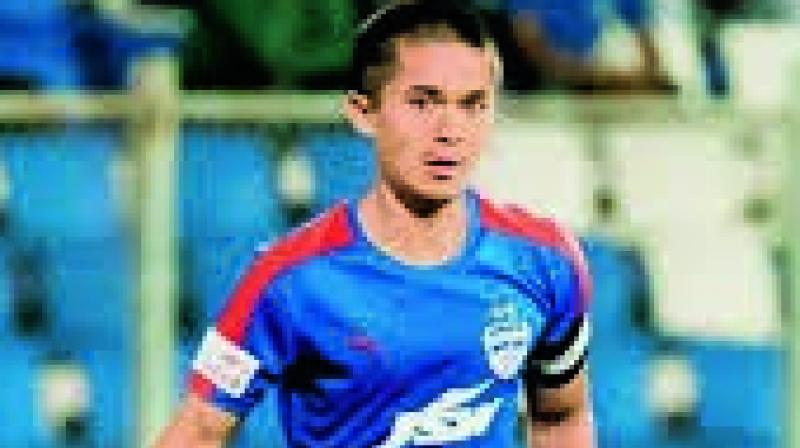 New Delhi: With a 3-0 home win putting them in the driving seat, last edition finalists Bengaluru FC will look to guard against complacency when they take on North Korean side 4.2C 25 in the away leg inter-zone semi-final of the AFC Cup in Pyongyang, on Wednesday.

After an inconsistent group stage, 2016 runners-up Bengaluru produced their most convincing performance of the competition in the first leg win over 4.25 SC last month and they will look to seal a berth in the inter-zone finals with a strong show at the May Day Stadium.

Star striker Sunil Chhetri’s dinked penalty calmed nerves at the Sree Kanteerava Stadium on August 23, before second half goals from the impressive Udanta Singh and Lenny Rodrigues in a rain-soaked match ensured the Blues travelled to Pyongyang with a healthy lead.

Albert Roca’s side have lost their last two AFC Cup games on the road and they will look to avoid conceding early goals.

Chhetri will once again be the man Bengaluru would look to for inspiration, but the emergence of 21-year-old Udanta has added sharpness upfront while Spain’s Dimas Delgado, who boasts AFC Champions League experience, has the knowhow to help the Indian side through a potentially tricky encounter.

Bengaluru, however, will go into Wednesday’s match with little practice as they reached the city on Monday.

The team’s initial plan was to travel to Pyongyang on September 8, but North Korea’s Foundation Day celebrations the next day meant the Blues had to postpone their departure to September 10.