Belgium was the first team that had cemented their place for the tournament. 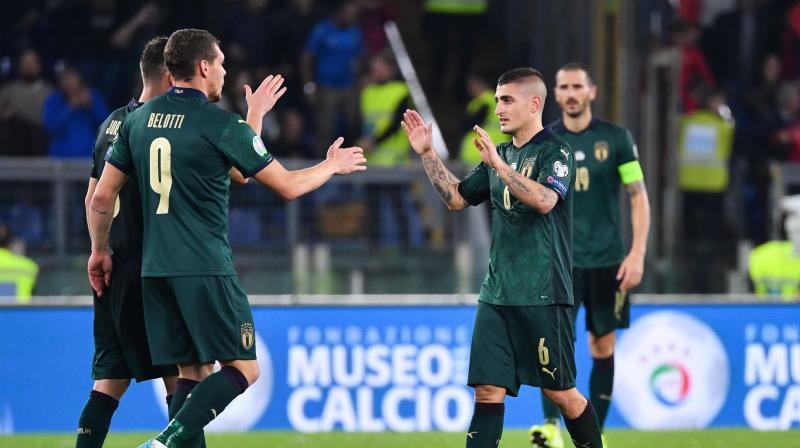 In the match between Italy and Greece, Jorginho and Federico Bernardeschi registered goals for the Robert Mancini's side. (Photo: AFP)

Rome: Italy defeated Greece 2-0 on Saturday (local time) in the ongoing Euro 2020 qualifying tournament and as a result of this win, the team has now sealed their place for the European tournament next year.

Belgium was the first team that had cemented their place for the tournament.
In the match between Italy and Greece, Jorginho and Federico Bernardeschi registered goals for the Robert Mancini's side.

This win was Italy's seventh straight win in Group J. The Italian side was seen sporting green jersey for just the second time in history.

Italy had previously failed to qualify for 2018 FIFA World Cup.

On the other hand, Spain dropped points in their Group F match against Norway.

The match between both the sides ended as a 1-1 draw.

Despite this result, the Spanish side is on course to qualify for the tournament next year.

In the match between Spain and Norway. Sergio Ramos became the most capped player for Spain as he overtook goalkeeper Iker Casillas.

The course for Euro 2020 has become tough for Norway as they are placed fourth in the group.