The 2010 FIFA World Cup winner took to Twitter to express that he wants to win the Emperor's Cup with the Japanese side. 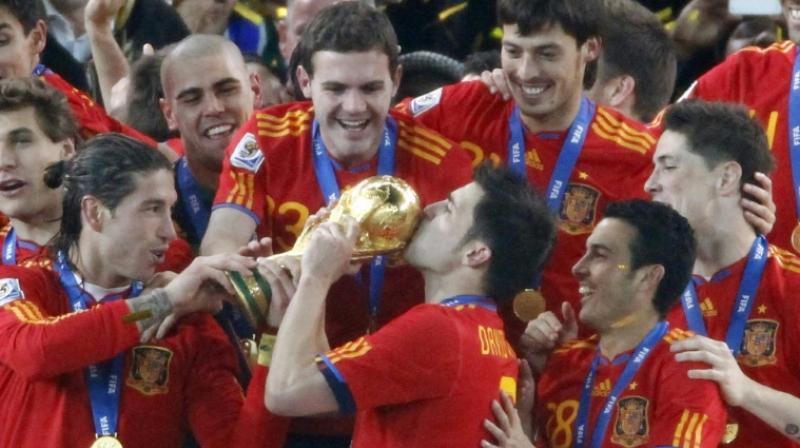 Leeds: Former Spain and Barcelona forward David Villa on Wednesday announced that he would retire from professional football once the current J-League finishes.

The 37-year-old has played for Japanese side Vissel Kobe this year and there are three league matches remaining for the team before an Emperor's Cup semi-final slated to be played in December this year.

The 2010 FIFA World Cup winner took to Twitter to express that he wants to win the Emperor's Cup with the Japanese side.

"It is my objective to put the cherry on top by winning the Emperor's Cup with @visselkobe on January 1st. From then on, I will continue to enjoy football through all the projects that we're currently developing with DV7 group. Thank you for all the love," Villa tweeted.

After 19 years as a professional, I have decided to retire from playing football at the end of this season. Thank you to all the teams, coaches and teammates that have allowed me to enjoy this dreamed career. Thank you to my family, that has always been there to support me. pic.twitter.com/E82vb3tNwT

David Villa was a true legend when he played with Barcelona and his performance against Real Madrid is still one of his most vintage performances. Have a look.

Thank you for all the memories, @Guaje7Villa! A true legend of our game.

Across his club career, Villa went on to win three La Liga titles, three Copa del Reys. He also won the Champions League with Barcelona in 2011.

The forward then joined Major League Soccer (MLS) side New York City in 2015.

He spent four seasons at the club and then went on to join Kobe earlier this year.